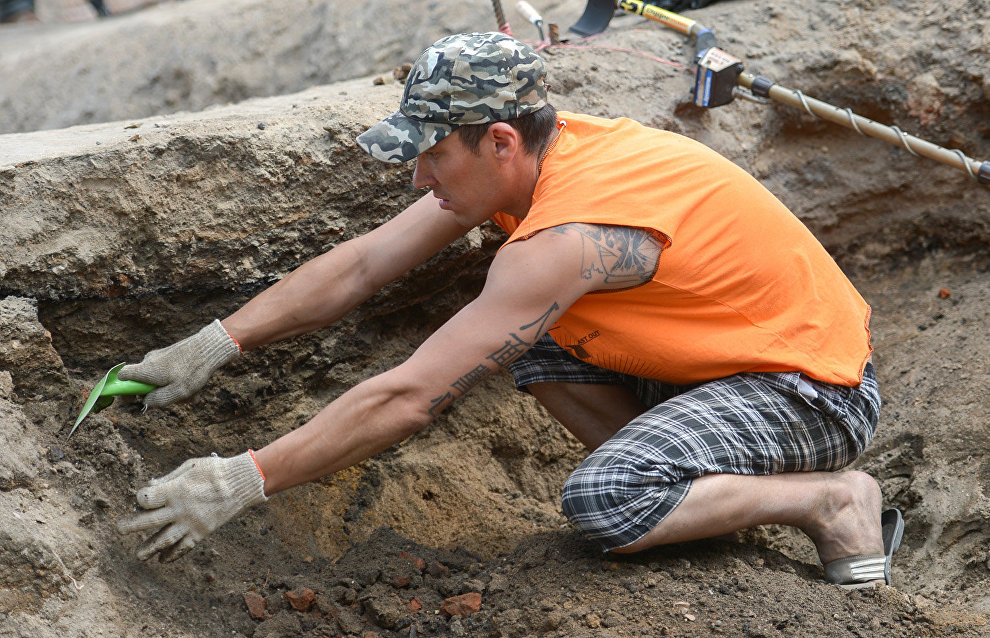 Archaeologists have unearthed an Iranian cup dated to the Middle Ages during an expedition to the Gydan Peninsula on the coast of the Kara Sea in the Yamal-Nenets Autonomous Area, the government of this Siberian region has reported on its website.

"Archaeological studies of the area around Lake Parisento and the Yuribei River, located beyond the Arctic Circle, have resulted in surprise finds such as a bronze Iranian cup dated to the Middle Ages (5th to 15th centuries). Artefacts from this era have been found in West Siberia before, but never so far in the northeast, let alone in the Arctic. The exact age of the cup will be determined after further studies," said Andrei Gusev, senior researcher at the archaeology department of the Center for Arctic Studies.

In all, archaeologists have found eight items, including ceramic pieces and iron and bronze items, as well as mammoth remains in the upper reaches of the Yuribei River. nnn