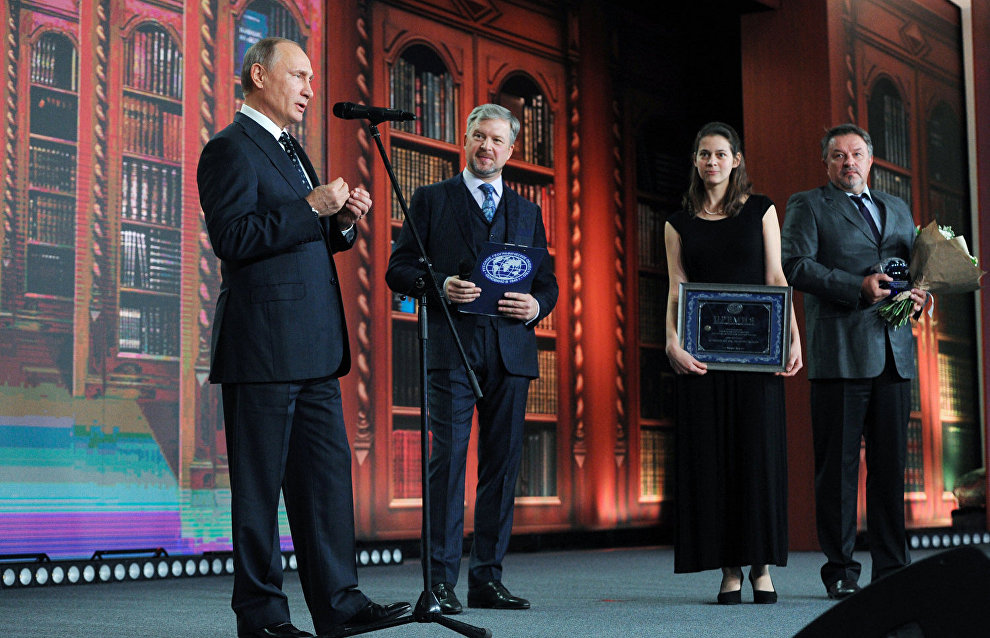 Russian President Vladimir Putin conferred Russian Geographical Society (RGS) awards on Arctic researchers in the nominations "Expedition" and "Public Recognition." The award in the first nomination was won by the authors of a project on hydrographic studies aimed at creating a digital model of the seabed of Russia's Central Arctic. The second award was given for a project on a comprehensive expedition entitled "The cold pole unites the oceans."

The Special Presidential Representative for Environmental Protection, Ecology and Transport, Sergei Ivanov, who took part in the award ceremony, praised the work of the geographers and noted that it is necessary to devote more attention to studying geography.

"Geography is a very complex subject. People study it in the field, not in an office. I've learned during the past year how our researchers work in national parks, studying tigers and leopards, and I admire them. They will sit in a snow-covered tree for hours, waiting for a wild cat to come. This work is very complicated, it requires a lot of efforts." Ivanov said, thanking all research fellows who study geography.

The RGS presents its awards once every two years for practical achievements, groundbreaking research, outstanding expeditions, innovations in education in the field of national geography and ecology and for promoting Russia's natural, historical and cultural heritage. These awards have international status and were first presented in 2014.