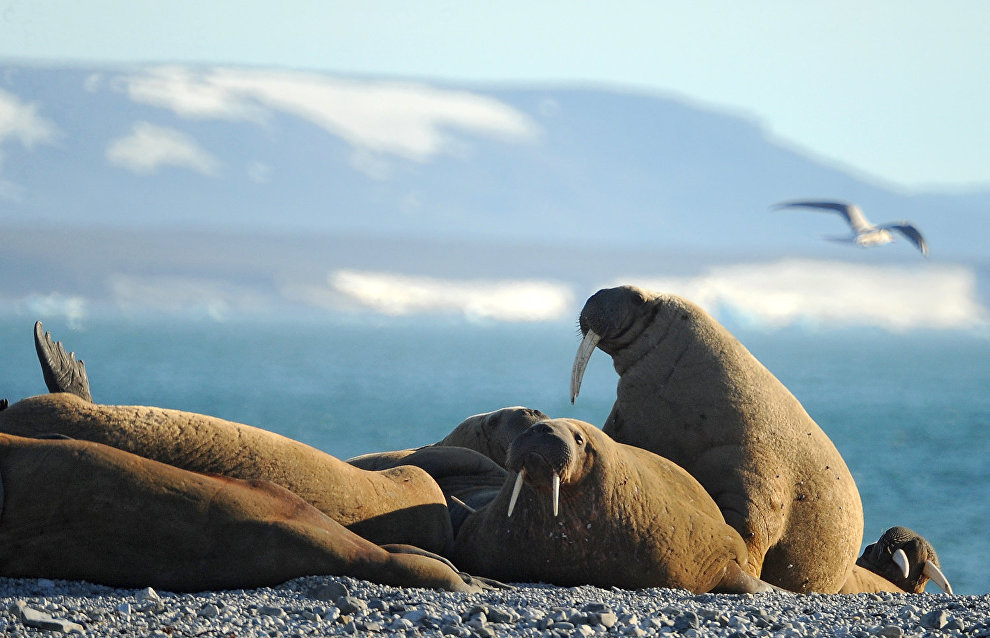 "We hope to complete all the formalities this year. We have drafted a feasibility study that needs to be adjusted slightly. After that, we'll launch the state environmental expert review process, and then the Russian government will draft a directive. This simple and understandable process is time-consuming," Kirilov noted.

Scientists are interested in the island which needs further study, he said. It is inhabited by polar bears, and a large walrus breeding-ground and a huge ivory gull colony are located there.

"This small island is 500 meters wide, and glaciers account for 99 percent of the surface. This makes it unique because the center of the icecap was located here during the Ice Age. So the island is a good place for studying the glacier-melting process," Kirillov added.

Victoria Island is located between Svalbard and Franz Josef Land, and the Barents Sea's northern boundary passes via it.