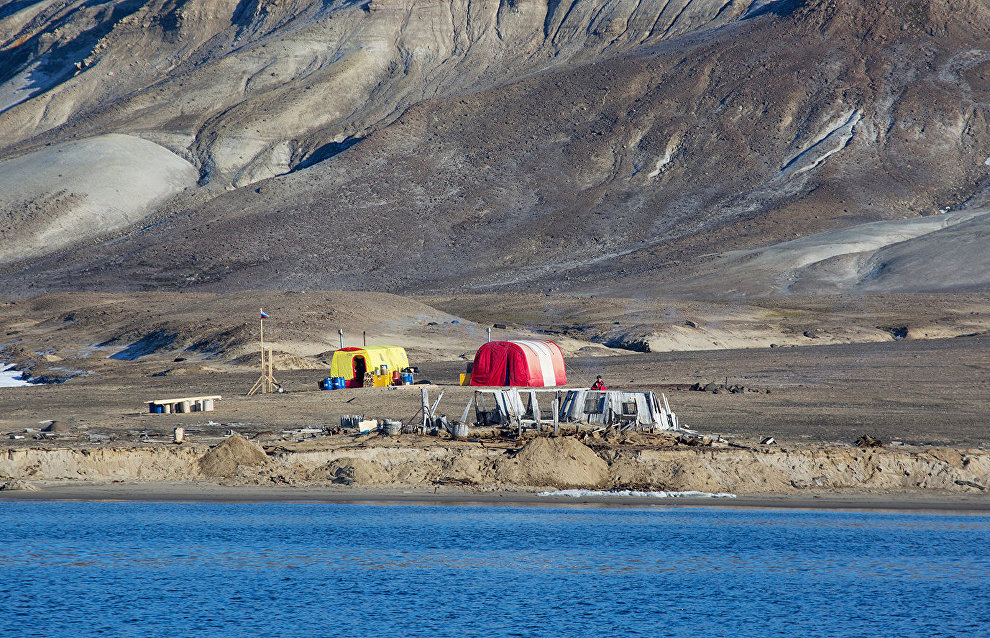 Researchers have begun studying the items found at the expedition camp of American traveler Evelyn Baldwin on Alger Island. The explorer set off to reach the North Pole in the early 20th century, Russian Arctic National Park's website reports.

In the summer of 2017, researchers found tools and fragments of the boat America, as well as a dog and a pony harness at the expedition camp.

"Especially interesting are the preserved products, for instance, pellets of yolk powder, ground green peas, cartons from starch cereal, sweets and roasted coffee beans. There were unexpectedly many glass jars with eye balm. Apparently, it was supposed to help expedition members deal with snow blindness," said Yevgeny Yermolov, head of the national park's department for cultural and historical heritage preservation.

Among the finds were household and personal items: tableware, metal and ceramic dishes, eyeglass frames and warm mittens. Also of note were the elements of the pony harness: a collar and a fragment of harness saddle.

"The expedition was heading to the North Pole, so they took 450 dogs and 16 ponies. It was the largest scale and best equipped expedition in the history of the exploration of the archipelago and the Arctic in general," Yermolov said, adding that Siberian ponies turned out to be incapable of resisting the Arctic weather and died quickly.

The most interesting find, according to Yermolov, was a British flag, given that the expedition was American, and its participants were from the US and Norway.

The laboratory processing and description of the finds has begun, which will last until the next field season. The finds will be cleaned and disinfected to protect them from decay. Then the items found on Alger Island will be reviewed at the national park's expert and foundation commission to include them in the Russian Arctic Museum collection.