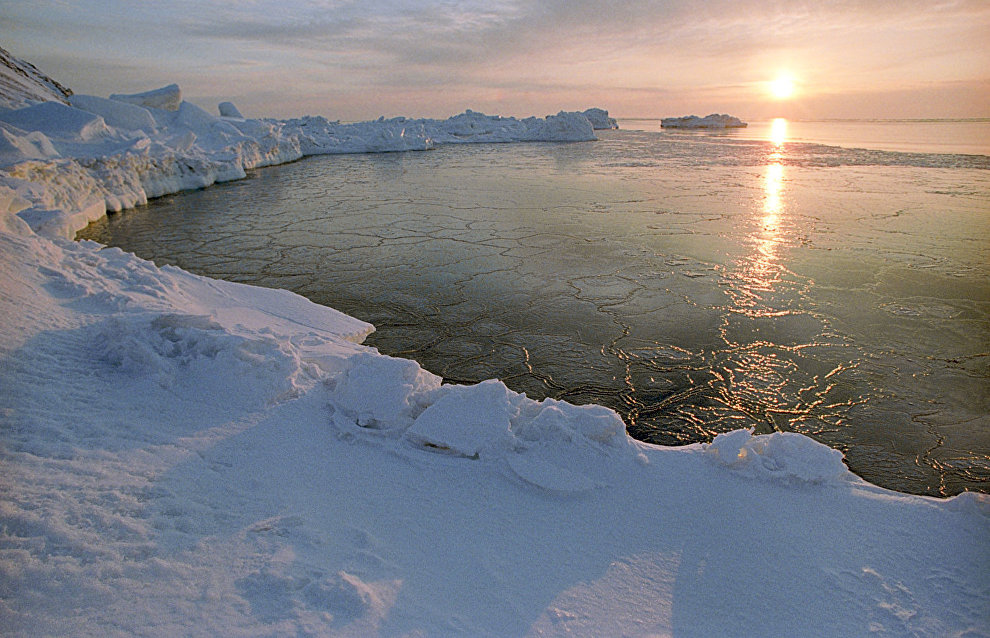 The longest polar night in Eurasia has ended on Franz Josef Land Archipelago, the most northern part of Russia, Alexei Barakov, deputy director at the Russian Arctic National Park said.

"It is very cold, windy and dark there. There are almost no northern lights because of the clouds. The temperature is minus 30 degrees, with wind and high humidity; this is very hard for people. Wind gusts can be as strong as 36 meters per second: a real hurricane. You must be very careful in the dark, because polar bears live there," remarked Vadim Zakharyin, head of the park's expedition center.

According to Russian Arctic National Park's press service, the weather on the island is currently freezing cold and no signs of wind.