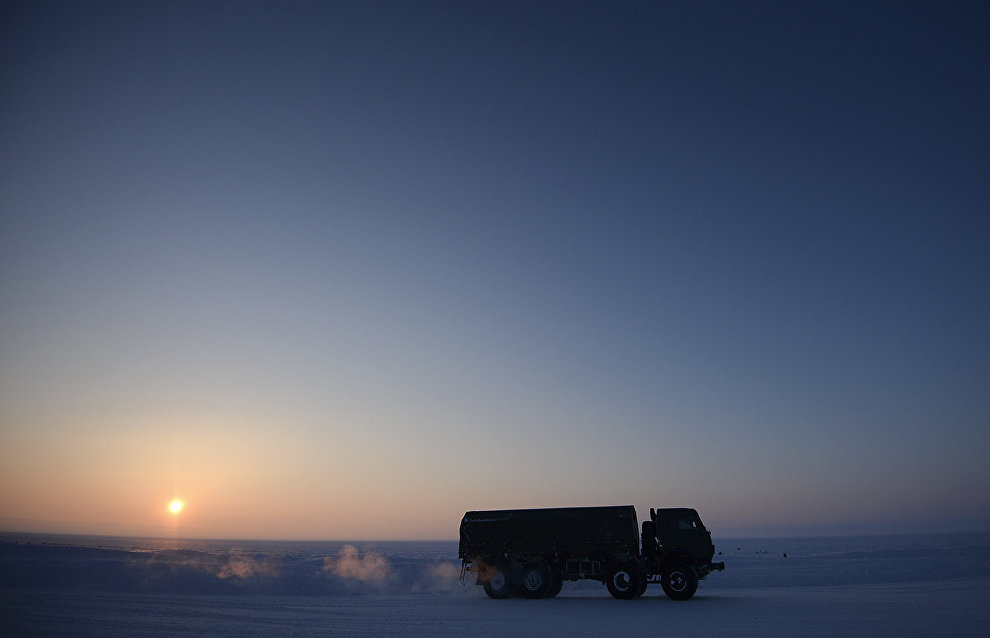 Kamaz to test Arctic off-roader in 2018

The Kamaz-Arctika off-road truck will be tested in the extreme north in 2018, the manufacturer's deputy chief designer Yevgeny Makarov said on the sidelines of TIAF (Tatarstan International Automotive Forum) supported by Automechanika.

"A prototype Kamaz-Arctika has been assembled and is being tested. The project envisions several versions, but just one has been assembled to date. There is much interest in the project; performance tests are being planned in the extreme north for later this year," he said.

Mr. Makarov said that the outcome of the tests would influence the vehicle's fate. The company thinks vehicles of this kind will be in demand.

The huge Kamaz-Arctika motorhome model with giant low-pressure tires was presented at the Vuzpromexpo-2017 exhibition in Moscow. It is designed to haul both cargo and people in Russia's Arctic regions. This is an articulated vehicle with accommodations for three in the living module, including sleeping bunks, a sanitary unit, a free-running generator and a heater.