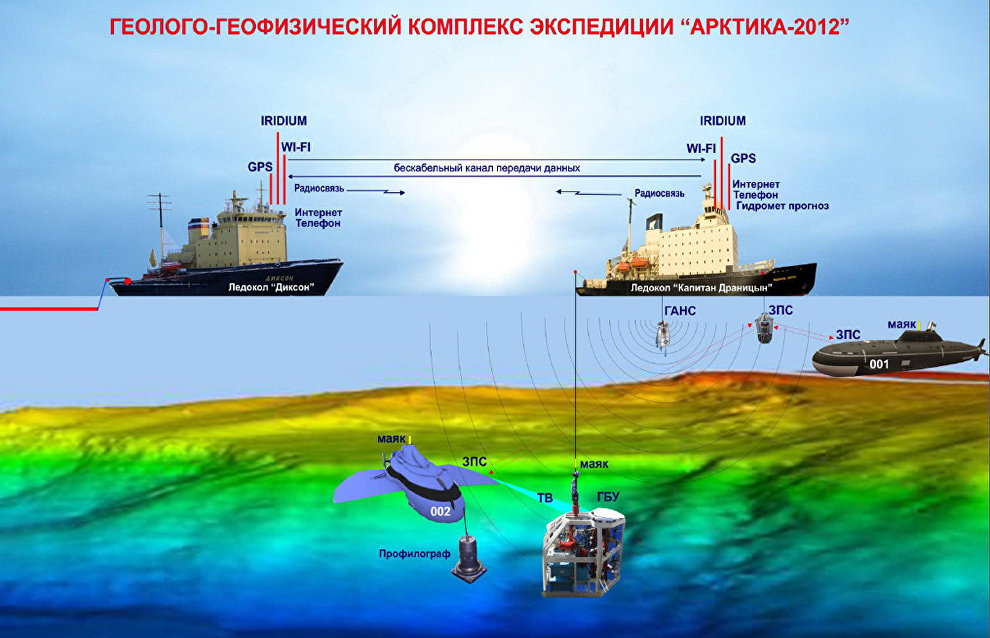 Earth Science Museum researchers at Moscow State University have carried out geological, mineralogical and geochemical extractions in the central Arctic. The scientists managed to confirm that the deep-water depressions and underwater ridges of this section of the Arctic Ocean are extensions of the Eurasian continent, according to an article published in Russian Journal of Earth Sciences.

Scientists researched the samples selected during drilling and dredging of the ocean floor. Petrographic and geochemical studies of rocks were carried out, including the quantitative-mineralogical analysis of ore (zircon, titanic iron ore, rutile, etc.) and non-metallic minerals (garnet, sillimanite, etc.), mineralogical and crystallomorphological analysis of zircons extracted from Early Cretaceous basalts in the Mendeleev Ridge in the Arctic Ocean, and through analytical studies by optical and electron microscopy and mass spectrometry.

According to the researchers, the samples they gathered were completely different from the control zircon pieces collected from the typical ocean basites from the Northern Atlantic and analyzed in the same type of testing. In addition, the materials from seismic profiling and deep-sea drilling show that from the middle of the Eocene to the beginning of the Miocene the crustal surface within these morphostructures was situated near sea level or was even subject to subaerial erosion. Rapid submersion began during the Early Miocene, approximately 18 million years ago. This could not be the result of rifting, because the seismic structures crossing the Lomonosov Ridge, the Podvodnikov Basin and the Mendeleev Ridge lack a makeup that would indicate an extension of the crust in its sedimentary cover and foundation.

"The results we received prove the continental nature of the crust under the Mendeleev Ridge, which agrees with the data received by independent geological and geophysical research methods for deep-water reservoirs to the west of the Mendeleev Ridge, such as the Podvodnikov and Makarov basins and the Lomonosov Ridge," said Pyotr Chekhovich, the head of the Minerageny and Earth History Section of the Earth Science Museum at Moscow State University, the author of the research.