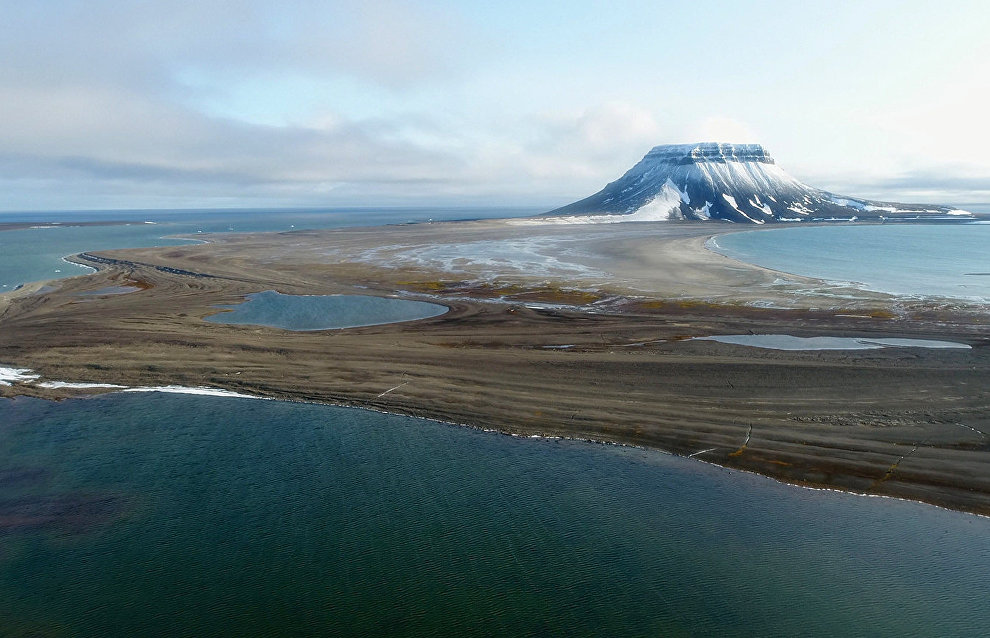 Unnamed Arctic locations to be called after Northern Fleet hydrographers

"Deputies of the Arkhangelsk Region's legislature supported the Northern Fleet's initiative to assign names to the ten so far unnamed capes and islands in the Primorsky District and the Novaya Zemlya Archipelago," the fleet's press service said in a statement. The locations are to be named after distinguished veteran hydrographers to perpetuate the memory of the Northern Hydrographic Expedition.

According to the Northern Fleet's representatives, five capes on Novaya Zemlya are to be named after Lev Vladimirsky, Fyodor Afanasenkov, Boris Bulanov,Vasily Mamontov and Ivan Moroz. There are plans to name three local islands after Vsevolod Bukhmeirer,Valentin Kuznetsov and Igor Osokin. It is also intended to rename two sections of the formerly integral Northbrook Island, part of the Franz Josef Archipelago. The sections, now separated by a strait, are to be renamed as West Northbrook Island and East Northbrook Island.

On May 10, 1924, the Assistant Commander of the Soviet Armed Forces for Naval Affairs issued an order establishing the Northern Hydrographic Expedition to study the coasts of the Barents and White seas.