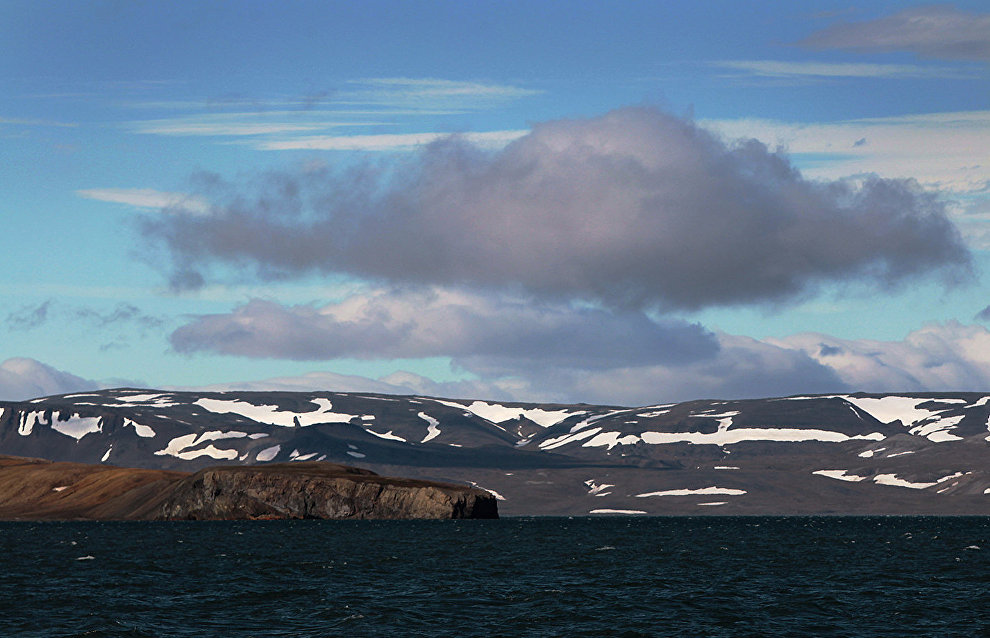 The Russian Arctic National Park and the Northern Fleet of the Russian Federation submitted an initiative to the Arkhangelsk Region Legislative Assembly asking its members to return the historical name – Mount Kruzenshtern – to the highest mountain in Novaya Zemlya Archipelago.

“Commander-in-Chief of the Navy, Admiral Nikolai Yevmenov, has submitted a proposal to the Arkhangelsk Region Legislative Assembly to rename Mount SGE as Mount Kruzenshtern. The country’s Defense Ministry supported this application,” the national park’s press service said in a statement.

This mountain’s naming history can be traced back to August 1822, when Novaya Zemlya’s highest peak with an altitude of 1,547 meters was named Mount Kruzenshtern. It was President of the Academy of Sciences and founder of the Russian Geographical Society Fyodor Litke who added this mountain to the map and provided its description. However, as time went by this name disappeared from the region’s maps. In 1958, the Arkhangelsk Region government approved a new designation for Novaya Zemlya’s peak by calling it Mount SGE, which is a Russian acronym for the Northern Hydrographic Expedition. However, this name did not stick, and today’s maps only show the mountain’s altitude while omitting its name.

Over the past five years, the Russian Geographical Society and the Northern Fleet have organized several expeditions to Novaya Zemlya, with several parties scaling the archipelago’s peaks, including the one with an altitude of 1,547 meters. In early August 2022, a group of mountain climbers from the Russian Defense Ministry’s Main Directorate and the Northern Fleet, the National Defense Management Center, Rosatom and the Russian Geographical Society climbed this mountain to install a memorial plate and plant the national flag and St. Andrews Flag of the Russian Navy.