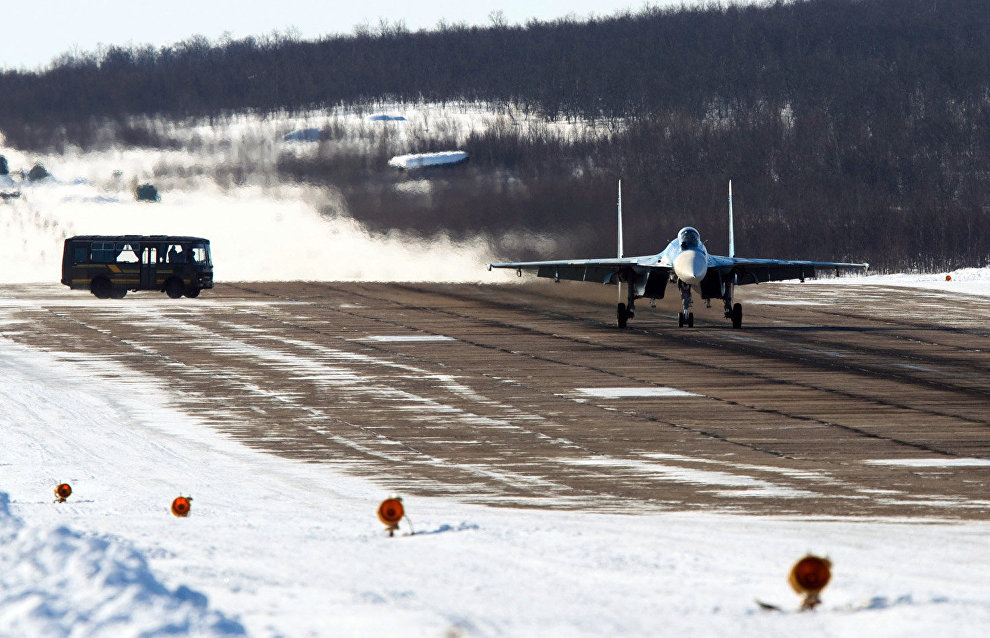 "Companies affiliated with Spetsstroy are working on 10 Arctic airfields. They are building and upgrading the Severomorsk-1 and Nagurskoye airfields on Alexandra Land Island, part of the Franz Josef Land Archipelago, that will eventually receive Ilyushin Il-78 Midas aerial refueling tankers, as well as airfields in Rogachyovo in the Arkhangelsk Region, Tiksi in the Republic of Sakha (Yakutia) and Temp on Kotelny Island," the press service reports.

Experts are designing airfields at Severomorsk-3 in the Murmansk Region, in Naryan-Mar in the Arkhangelsk Region, Vorkuta in the Komi Republic, Alykel in the Krasnoyarsk Territory and Anadyr in the Chukotka Autonomous Area. They are also surveying the local terrain.

The agency's main road and airfield construction department is upgrading an airfield on Alexandra Land Island. There are plans to build the foundation of a man-made runway whose end section will feature a plane turnaround. A foundation for two taxiways, aircraft parking lots and other multipurpose platforms are also under construction, the press service added.