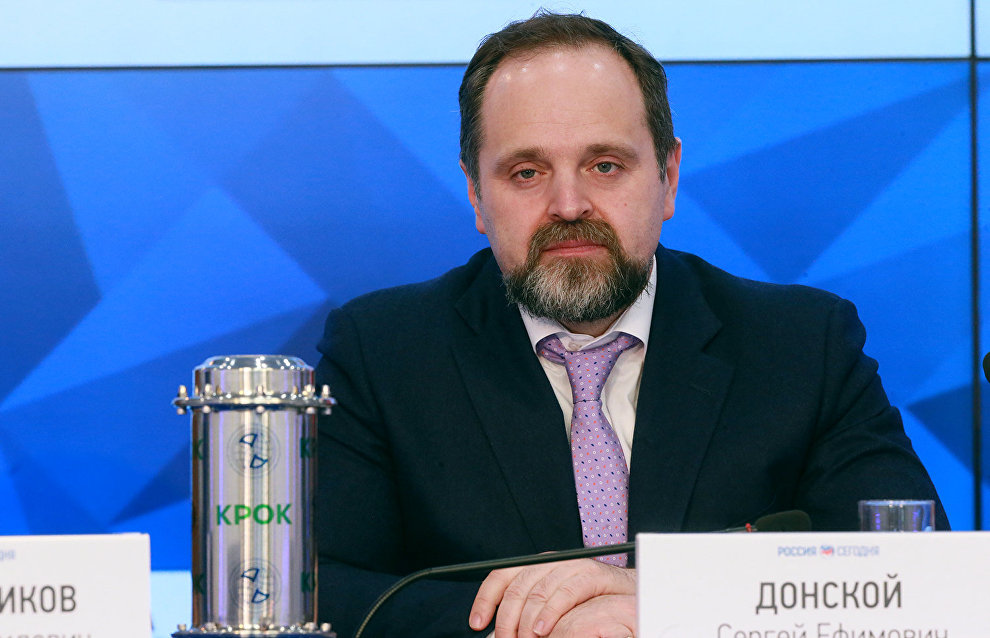 Sergei Donskoi: We plan to proceed with the drifting station project

"We've been asked by the head of the government to consider the possibility of putting this type of station into operation this year," the minister said. He added that the project depended on weather conditions and the availability of the appropriate ice floe.

Donskoi also said that Russia had developed an ice-proof platform to carry out research in the Arctic throughout the year, rendering the project safer for people.

"It's dangerous to be on an ice floe, the risk is high," Donskoi said. "The new platform is a modern solution to facilitate research throughout the year as people can stay on the platform all year round. The implementation of this project will allow us to make major progress in Arctic research."

The cost of building an ice-proof platform for research in the Arctic is estimated at 6 billion rubles. There are plans to commission a Russian firm to carry out the project.

"We have yet to find a plant which will take up the challenge," Donskoi said. "Hopefully, it will be a domestic company."

Russia marks Polar Explorer's Day every year on May 21. On this day in 1937 the first research expedition began its work on the drifting polar station North Pole 1. The crew consisted of four scientists, including hydrologist Pyotr Shirshov, geophysicist Yevgeny Fyodorov, radio operator Ernst Krenkel and station head Ivan Papanin. It took the ice floe 274 days to drift from the North Pole to Greenland. For the first time in history, the researchers were able to collect reliable data on the nature of the North Pole and the processes going on in this region.