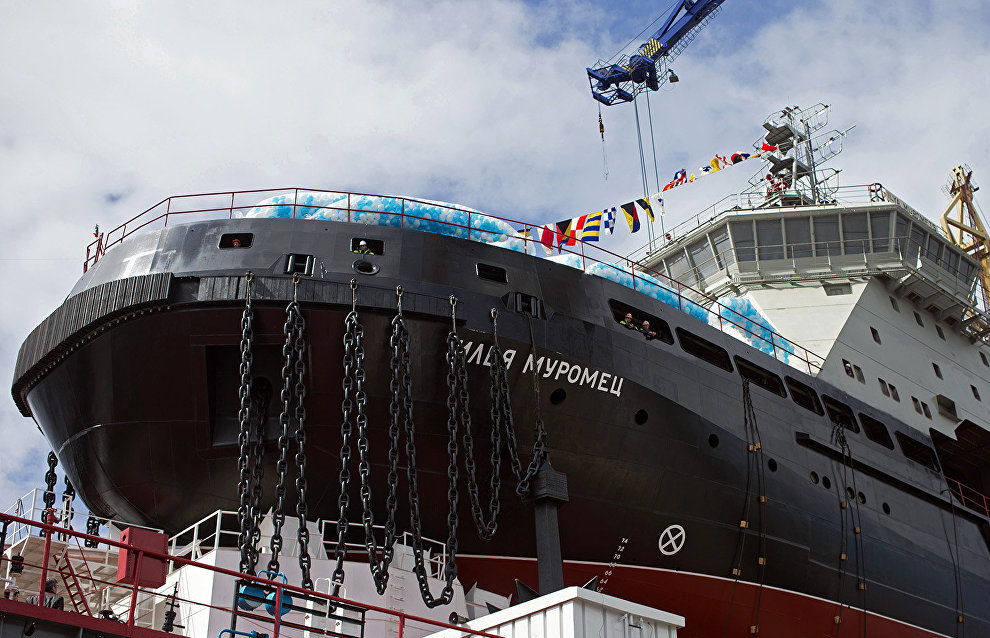 The icebreaker Ilya Muromets will enter service in the Russian Navy by the end of 2017, TASS news agency reported, citing the Russian Defense Ministry.

"There are plans to begin test runs of the Ilya Muromets icebreaker in mid July. The icebreaker will become part of the Navy by the end of 2017 after passing all the test stages," the statement reads. At the moment, the icebreaker is finishing mooring trials at the plant's quay, onboard equipment is being fine-tuned and interior paneling will soon be complete.

The vessel has been designated for the Northern Fleet. It was laid down on April 23, 2015. According to TASS, this is the first icebreaker in 45 years built with the sole purpose of meeting the needs of sailors of the Russian Navy.

The ship's displacement level will total 6,000 metric tons. It is based on new principles of electric propulsion and equipped with a modern power-generating unit. It is designated for a crew of 32 people and has an endurance of 60 days unsupported at sea, reaching distances of up to 12,000 miles. The icebreaker will be able to break through ice up to 80 cm thick.