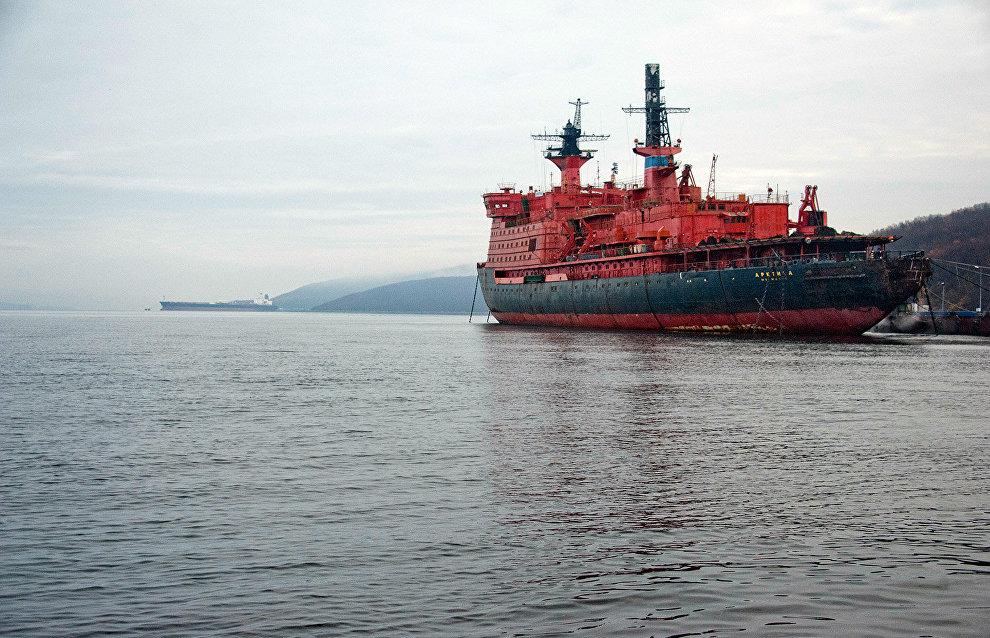 The Arktika’s future to be decided in 2018

The Rosatom State Atomic Energy Corporation has announced a tender for dismantling the nuclear reactor aboard the icebreaker Arktika under a 923.8 million ruble contract, Nezavisimaya Gazeta writes. Once removed, the reactor is to be buried in Sayda Bay in the Murmansk Region; the project is to be completed in 2019.

The Arktika, the first icebreaker to reach the North Pole in 1977, was built at the Baltic Shipyard in 1975. Decommissioned in 2011, it has been moored in Murmansk ever since.

The ship's future remains unclear. According to the newspaper, the icebreaker can either be sold for scrap or converted into a floating museum. The latter project was conceived in 2013 and aims to relocate the Arktika to St. Petersburg or Kronstadt, where it would serve as a training center for future polar explorers. But this calls for extra funding.

Polar explorer Viktor Boyarsky, the former director of the Arctic and Antarctic Museum and chairman of the Russian Geographical Society's Polar Commission, believes that the initial removal of the icebreaker's nuclear propulsion unit does not mean that the ship will end up in a junkyard. "As I see it, we should turn it into a museum," he told the newspaper. "St. Petersburg bills itself as Russia's polar capital and hosts highly important forums and international events dealing with the Arctic. The city also accommodates Arctic agencies, and many glorious pages of Russia's Arctic history have been written here. The Arktika icebreaker is symbolic. Yes, the foreign-made icebreaker Krasin is moored in St. Petersburg, but its interiors were redone long ago. And the Soviet-made Arktika was built in our city, and it remains a source of pride. In any event, its reactor should be removed," he added.

According to Rosatom sources, the Arktika deserves to become a modern museum, just like the Lenin, the first nuclear icebreaker in history, also maintained by Rosatomflot. "But this decision should be made by the concerned government agencies and backed by the required funding," Rosatom officials said, noting that it takes about 55 million rubles a year to maintain the Lenin. Atomflot is not ready to finance another nuclear icebreaker museum, they added.