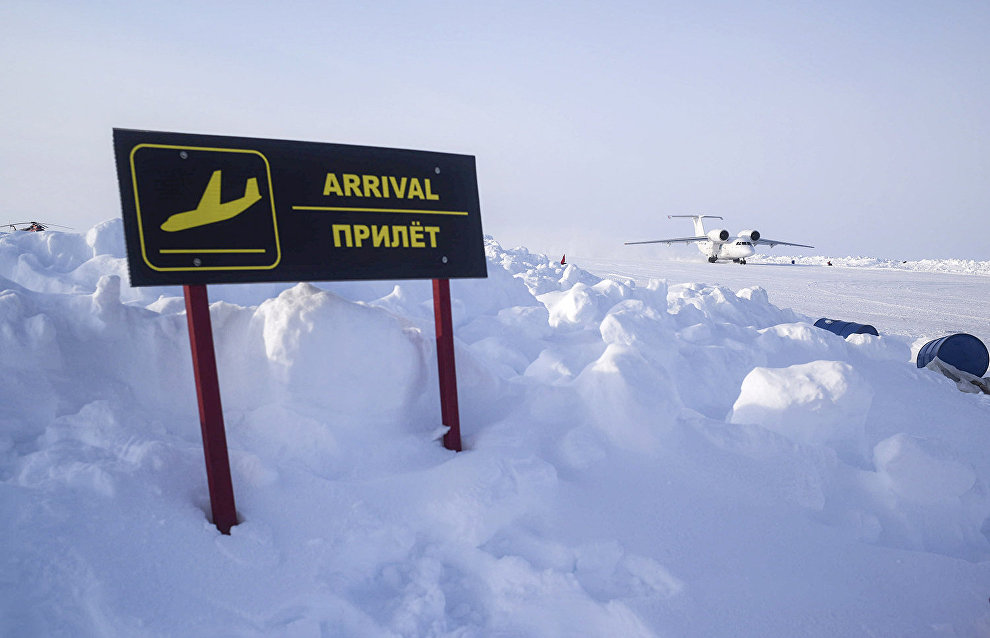 Transport Ministry: railways and airports in the Arctic must be efficient

Russia's transport strategy until 2030 will be amended again. The amendments will mainly concern the Arctic sector, Vitaly Klyuyev said at the Third International Conference on Arctic development (ARCTIC 2018). Klyuyev is head of the Maritime and River Transport Policy Department at the Ministry of Transport.

"The Transport Ministry has started modifying the existing transport strategy to adapt it to the new realities and needs of the Arctic. We are choosing an integrated approach to the Arctic transport system because interaction between various types of transport paves the way for an optimized, more efficient use of resources," Mr Klyuyev said.

The transport strategy was last amended in 2014, almost six years after it was approved in 2008.

The official dismissed as unfounded talk of large-scale railway and airport construction in the north.

"We must always think of economic efficiency. The money invested in the construction of a railway must eventually recoup itself. I'm not saying it should happen overnight, but first we must understand whether we need it. We have to start using this kind of sensible approach in the development of infrastructure projects in the Arctic," Mr Klyuev explained.

In addition to freezing temperatures and poorly developed infrastructure, the Arctic has other peculiarities, including political and international implications for maritime transport and maritime shipment. Hydrocarbon commodities are frequently shipped to foreign consumers, projects in the Russian Arctic attract foreign investment and technology, and vessels under foreign flags sail along the Northern Sea Route (NSR).

"Arctic waters fall under international maritime legislation, therefore it is necessary to take into account the jurisdiction, rights and responsibilities and sovereignty of the countries of the region," the official added.

He noted that foreign interests use legal contradictions in the Polar Code in an effort to restrict navigation in the Russian part of the Arctic. Most of these initiatives are put forth under the pretext of protecting the environment. For example, a proposal to ban vessels propelled by heavy fuel and the transportation of heavy crude along the NSR.

"This would mean we'd have to stop virtually all crude oil shipments on the NSR," Vitaly Klyuyev said. "We would also be unable to ship goods to our northern territories for some time, something we use vessels powered by heavy fuel for. A transition to diesel fuel or some other lighter fuel would push delivery costs up by several times. We are not against environmental protection, we are working on this, but it cannot be done overnight."

Developing the Arctic sets ambitious goals for Russia. In 2017, around 10.7 million tons of freight was transported via the NSR. That figure is expected to increase to 80 million tons by 2030 and to 100 million tons by 2050. According to Vitaly Klyuyev, this is a major challenge to ship navigation, as well as to coastal, port, monitoring and communications infrastructure.