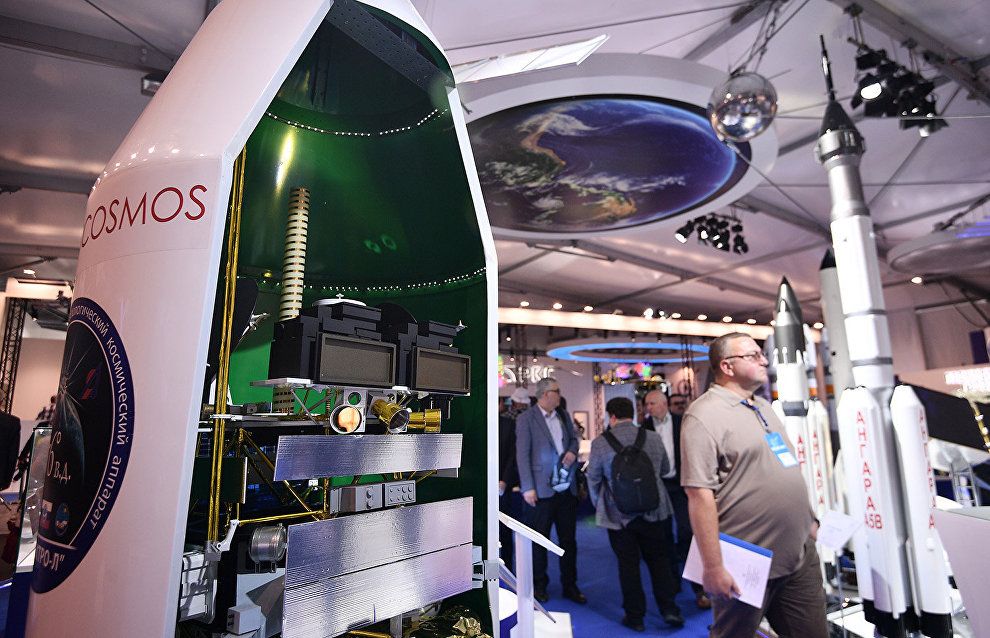 Roscosmos will present a model of the Arktika-M space satellite at a joint stand at the FIDAE-2018 military, air and space exhibition, which will take place in Chile between April 3-8.

"The Lavochkin Scientific and Production Association will present a model of Arktika-M, a prospective space satellite which is designed to provide information for solving tasks to do with practical meteorology, hydrology, agricultural meteorology and climate and environmental monitoring in the Arctic," the company's spokesperson said.

Two Arktika-M satellites make up part of the high-orbit hydrometeorological space system and will provide all-weather monitoring of the surface of the Earth and polar seas all-day-round as well as a permanent and reliable source of communications as well as other telecommunications.

Earlier, Valery Zaichko, head of Roscosmos' Automatic Space Complexes and Systems Department, said Roscosmos was planning to put five Arktika-M satellites into orbit by 2025. The company "Russian Space Systems" is also taking part in the construction of the satellites in charge of designing the onboard equipment.