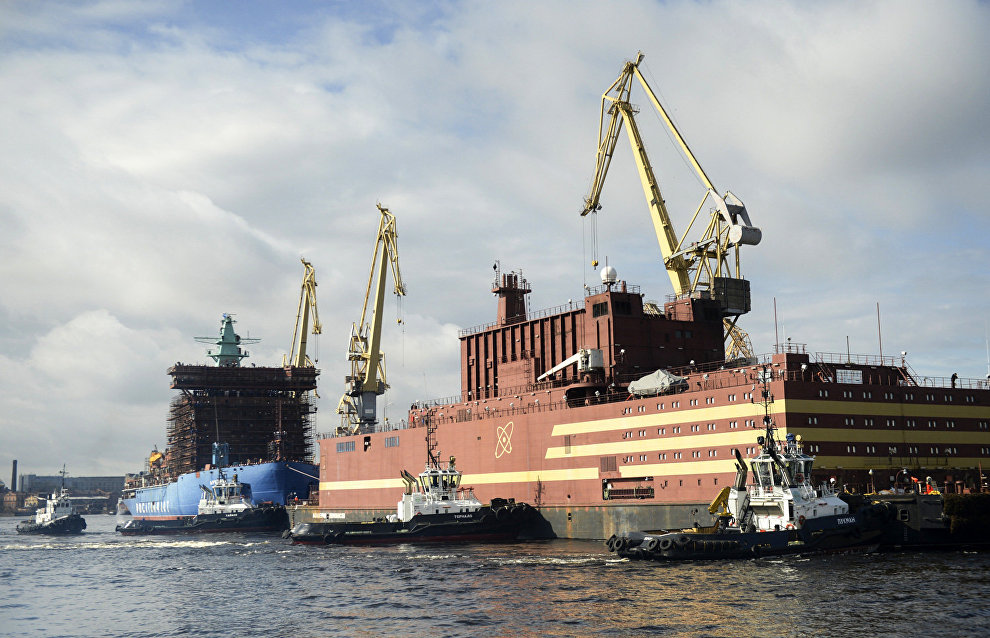 The Baltic Shipyard in St. Petersburg has completed the Akademik Lomonosov floating nuclear power plant and has sent it to Murmansk where it will take on fuel, according to the company's press service.

Reportedly, the Federal Agency for Sea and Inland Water Transport would first tow the floating nuclear power plant from St. Petersburg to Murmansk and then on to Pevek, an Arctic seaport.

Under the contract, the towing project will cost 474.7 million rubles. During the first stage (April 20-May 20, 2018), the power plant will leave the Baltic Shipyard and reach an Atomflot pier in Murmansk. During the second stage (June 30-August 1, 2019), the fully-loaded power plant will be towed from Murmansk to Pevek.

First-stage and second-stage towing speeds will be 4.5 knots and 3.5 knots, respectively. Under the contract, a Russian Navy warship may escort the power plant during both stages to maintain security.

The 70-megawatt floating nuclear power plant will generate heat and electricity and can also act as a desalination plant.