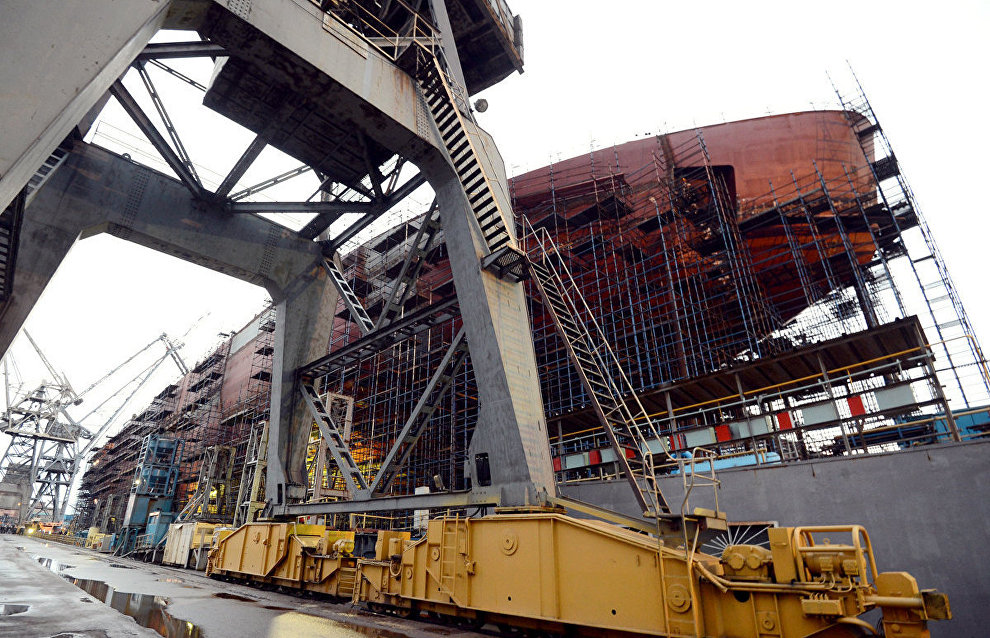 The United Shipbuilding Company (USC) may sign a contract to build another two Project 22220 icebreakers by the year's end, the company's head Alexei Rakhmanov told journalists.

"We hope that, by the end of this year, we will either have a preliminary agreement or a contract to build the fourth and the fifth icebreakers," Rakhmanov said at the project and analysis session on USC Group's innovation development at St. Petersburg State Sea Technical University.

"Considering that our main colleagues understand how important the fourth and fifth icebreakers are, I believe that we will be able to sign such a contract by the end of the year… We would like the decision to be made based on the comprehensive analysis of all the questions and difficulties," Rakhmanov added.

Project 22220 multipurpose nuclear icebreakers will become the largest and most powerful in the world, supporting Russian leadership in the Arctic. The length of the vessel is 173.3 meters, the width is 34 meters and the displacement tonnage is 33,500 metric tons. These icebreakers will be able to lead caravans of ships in Arctic conditions, smashing through ice up to 3 meters thick. They will lead ships carrying hydrocarbons from the deposits on the Yamal and Gydan peninsulas and the shelf of the Kara Sea to the markets of the Asia-Pacific region.