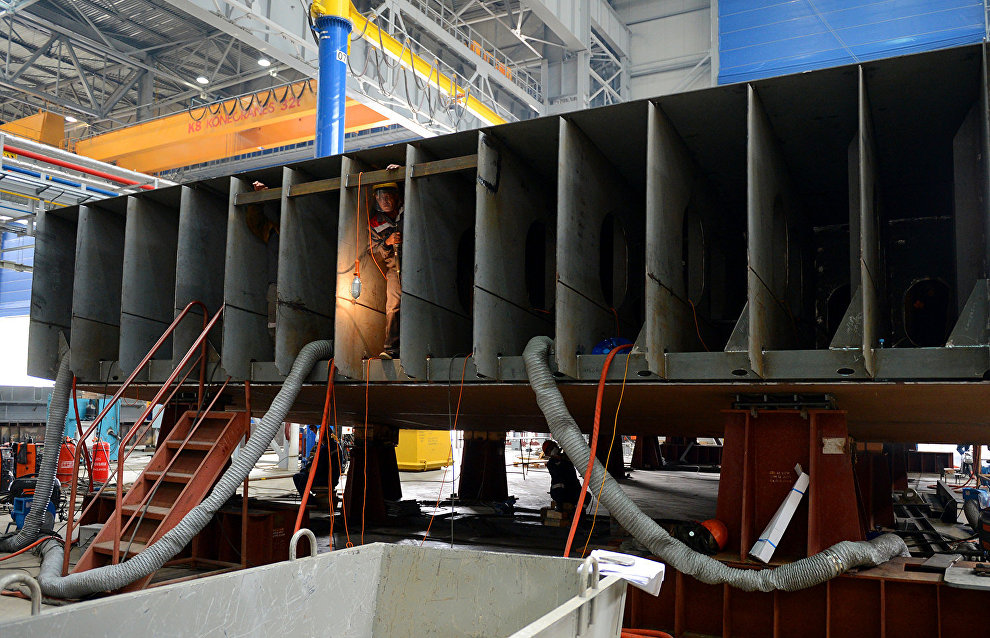 Rosneft has commissioned the Zvezda Shipyard to build all the required 26 ships, according to the oil giant's Vice-President for Energy, Localization and Innovation Andrei Shishkin.

"Speaking of our company, together with the shipyard we had signed an exclusive agreement in 2016; according to that document, the shipyard shall build all new marine equipment, technology and ships for us. Today, we have commissioned Zvezda to build all the 26 ships that we require. This contract portfolio was formed in the past 18 months. It should be mentioned for comparison's sake that Samsung Heavy Industries, one of the largest shipyards worldwide, is to build 31 ships this year," Shishkin said in a Rossiyskaya Gazeta interview, published on Wednesday.

He also announced corporate plans to build a dry dock, the largest hydro-technical facility in Russia, by 2024. This dry dock will make it possible to build drilling rigs, supertankers, gas tankers, supply ships and other types of marine equipment and technology, including that needed for the Arctic region.

A Rosneftegaz, Rosneft and Gazprombank consortium is currently establishing a shipbuilding complex at the Zvezda Shipyard in the Russian Far East. It is being built in Bolshoi Kamen Bay on the southern coast of the Primorye Territory. This company will manufacture all medium-tonnage and large-tonnage ships and equipment for hydrocarbons prospecting, production and transportation, including ice-resistant ships and components of sea rigs for developing oil and gas deposits on the Arctic shelf.