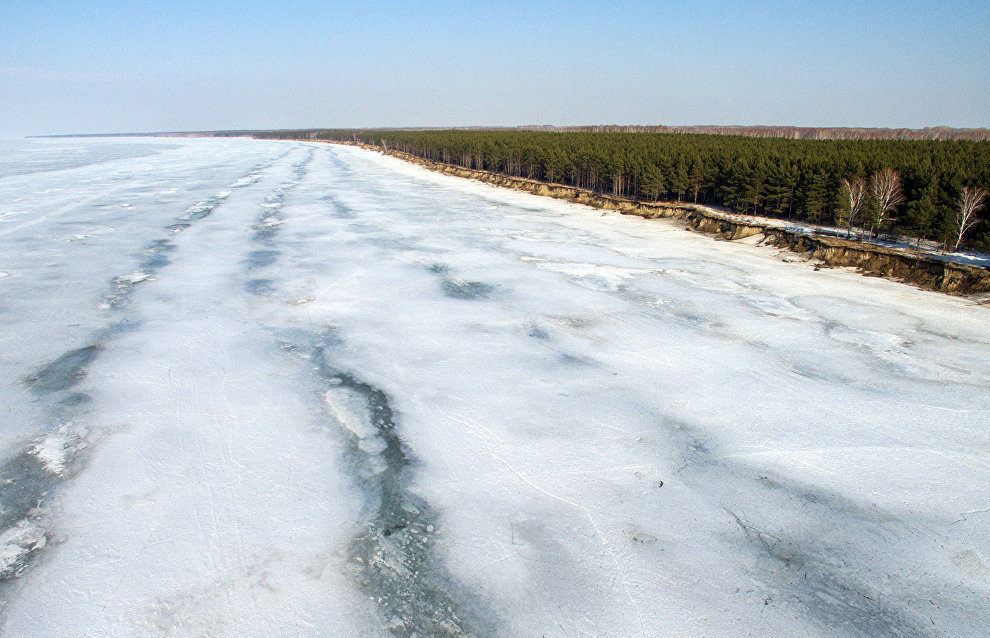 Researches at Altai State Technical University (AltSTU) are developing a system to reinforce ice in the Arctic regions. Eventually the results could be used for winter vehicle crossings in the Altai Territory.

"The ultimate objective of this research is to find a material that can reinforce ice, make it stronger structurally, change the fracture properties and allow us to define a reinforcement structure, that is, the arrangement of an alien element in the ice that can provide a more durable ice structure. There are villages and settlements in the Altai Territory that typically wait for the onset of ice to keep in contact with the mainland, and this Arctic research project could be used there. When ice crossings are formed, one of our goals in the Altai Territory is how to wash up the ice and make it stronger," said Head of the Scientific Department at the AltSTU, PhD in Engineering Science, Yelena Ananyeva.

Ananyeva said the researchers are investigating how to best reinforce ice with special fabrics, continuous fibers made of composite materials. Altai scientists are looking into the possibility of combining continuous fibers with particulate fillers, including nanodisperse fillers, to reinforce the ice.

The initial research indicates that the strength of the ice can be increased by three times at the most, but Ananyeva said the key factor is to change ice fracture properties, thus various reinforcement methods are being explored. She added that the season makes a difference. When ice cracks in the winter it's clear that it's dangerous to be on it, but in the spring the structure of the ice is more porous, it is filled with water and it is more difficult to detect a cracking moment.

Altai scientists have created several reinforcement fabrics, including cloth made from carbon, fiberglass and polyethylene fibers. They are studying ways to integrate them more effectively, including the most effective structural form, whether it is fabric, ribbon, bands, single fibers or even chemical additives.

"In the Arctic region, residential buildings, storage facilities and landing strips for both piloted aircraft and drones are on ice. Reinforcement techniques are being developed to alter ice fracture properties. If the ice isn't reinforced it will crack and the fracture will run through the whole layer of ice, which can result in a vehicle sinking into the water," Ananyeva said and added that if the ice is reinforced, cracks will not spread as quickly; the destruction is more gradual and there is more time to move off the ice and prevent more serious consequences.