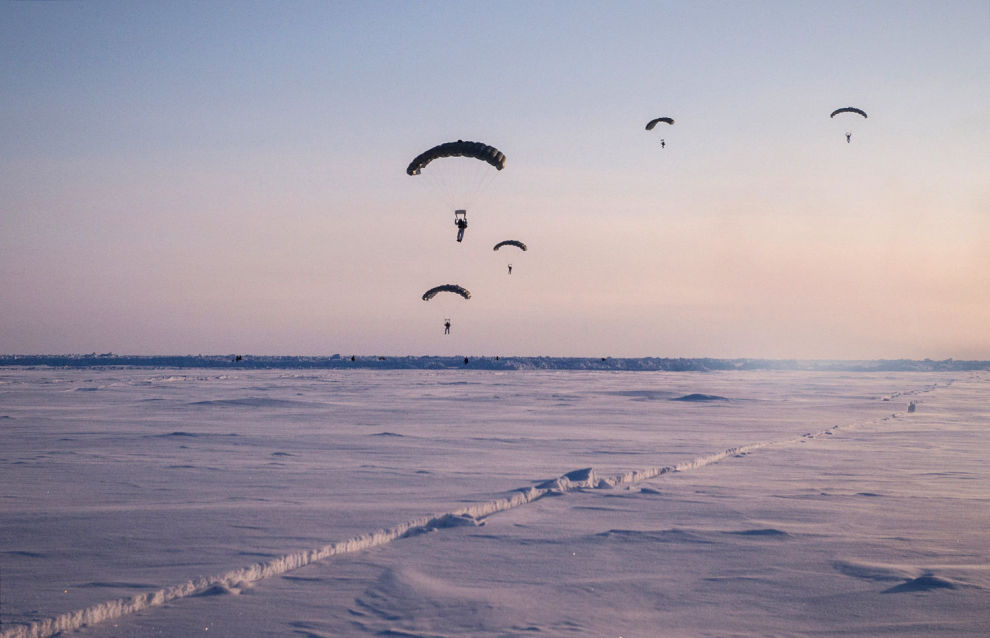 Special forces have begun to receive deliveries of the most advanced Stayer parachute that makes it possible to land in high altitudes and Arctic conditions.

“The development of Stayer was carried out proactively in the interests of the Defense Ministry. The system has no analogues on the Russian market, has unique capacities and has proven its reliability during exercises. To date, Stayer has been put into service, and the first systems have already been sent to the troops,” Rostec says citing Tekhnodinamika’s General Director Igor Nasenkov.

It is noted that it is a ram air parachute, which allows jumping at altitudes from 700 to 10,000 meters with a maximum flight weight of up to 180 kg.

With this parachute, special troops will be able to land from an aircraft flying at a speed of up to 350 km per hours with additional cargo of up to 50 kg. The parachute was developed by experts of Polyot company at the Ivanovo Parachute Plant of the Tekhnodinamika holding.

Moreover, a squadron of Mikoyan MiG-31 interceptor aircraft of the Pacific Fleet took up combat duty.

“Another noteworthy event is that a group of Mikoyan MiG-31 interceptor aircraft of the naval aviation have been on combat duty in the Arctic since December 1,” said Admiral Sergei Avakyants, commander of the Pacific Fleet.

The admiral added that the Pacific Fleet understood the region’s importance for Russia, “this is why the Anadyr airfield has the necessary infrastructure for continuous air defense watch.”