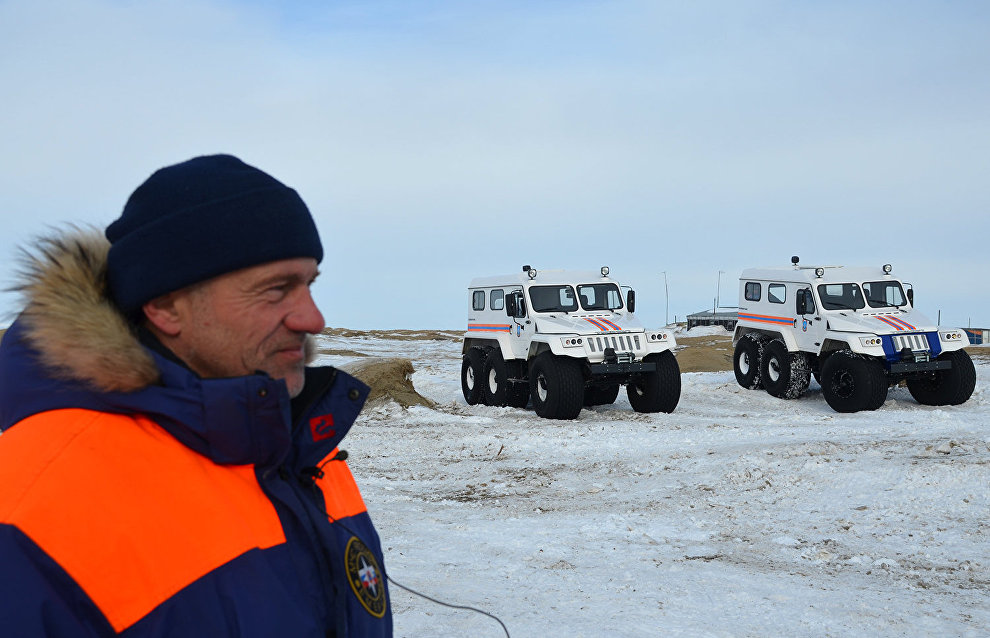 The Ministry of Civil Defense, Emergencies and Disaster Relief must work more closely with large companies in the Arctic when developing the emergency and rescue infrastructure in the region in order to save budget money, the President of Russia said.

“Note that this work requires more interaction with large companies that have hydrocarbon extraction and processing facilities in the Arctic such as Novatek and Rosneft,” Vladimir Putin said at a meeting of the Emergencies Ministry Board.

According to President Putin, “all that will allow for more efficient use of budget funds.”

Vladimir Putin said that there are plans to allocate over 18 billion rubles worth of federal funding to develop such infrastructure, in particular, to provide the Emergencies Ministry with the latest Arctic-type helicopters.

Acting Emergencies Minister Alexander Chupriyan reported that the ministry was actively working with businesses regarding the development of the Arctic infrastructure.

“Work is underway to establish Arctic centers at existing facilities of the gas production cluster in Sabetta (Yamal-Nenets Autonomous Area), as well as to create emergency and rescue infrastructure at oil production facilities in the Sever Bay area. In January 2022, the active stage of building an Arctic center in Pevek began as part of the Arctic Rescue Technologies project. It is expected to open by 2024,” Chupriyan said.

According to Chupriyan, these projects will provide the Northern Sea Route as well as the critical infrastructure facilities in this area with professional emergency and rescue units and professional flights of the Russian Emergencies Ministry.