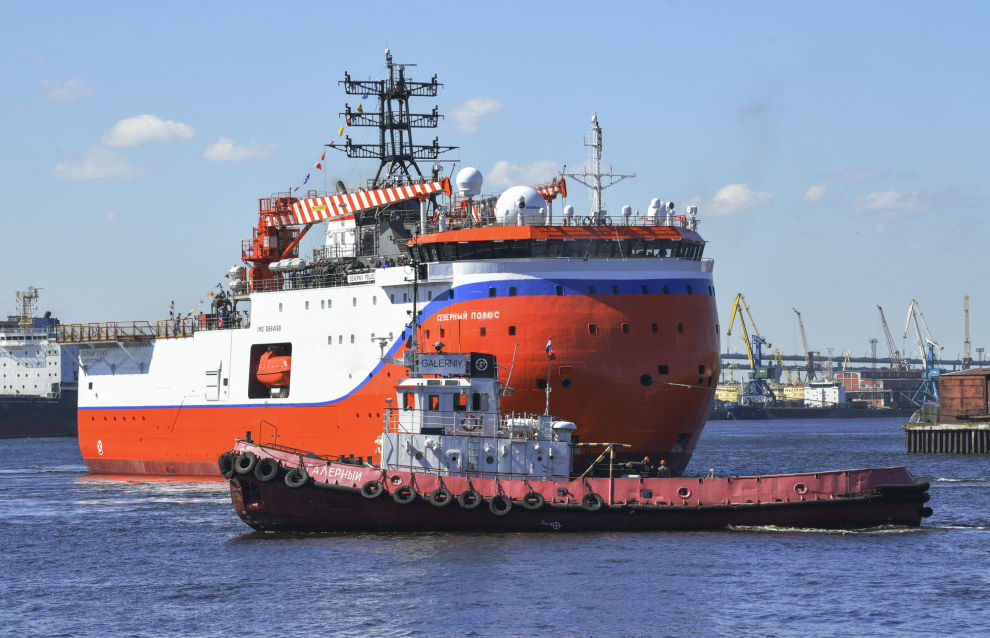 The North Pole ice-resistant self-propelled platform (ISP) is to depart St. Petersburg for Murmansk on its maiden voyage in September. Murmansk is the point from which the ship will set out on Arctic expeditions.

On September 1, we want to leave St. Petersburg for Murmansk to be in time for the start of an expedition,” Director of the Arctic and Antarctic Research Institute (AARI) Alexander Makarov said at a briefing.

Admiralty Shipyards announced earlier that the ISP had completed the control stage of the builder’s sea trials.

The station is in fact a research center. The ship was designed for year-round expeditions in the Arctic Ocean. In the past, scientists set up research stations on drifting ice floes to support polar expeditions; 1937 saw the first Soviet disembarkation on ice with a team of polar explorers spending the winter adrift on an ice field. That expedition was also called the North Pole.

The ISP will be able to sail under its own power at up to 10 knots an hour. The ship can carry enough fuel for about two years of self-contained sailing. The North Pole’s research center will have a modern laboratory and equipment for continuous communications. The ship also has a helicopter landing pad for Mi-8 helicopters.