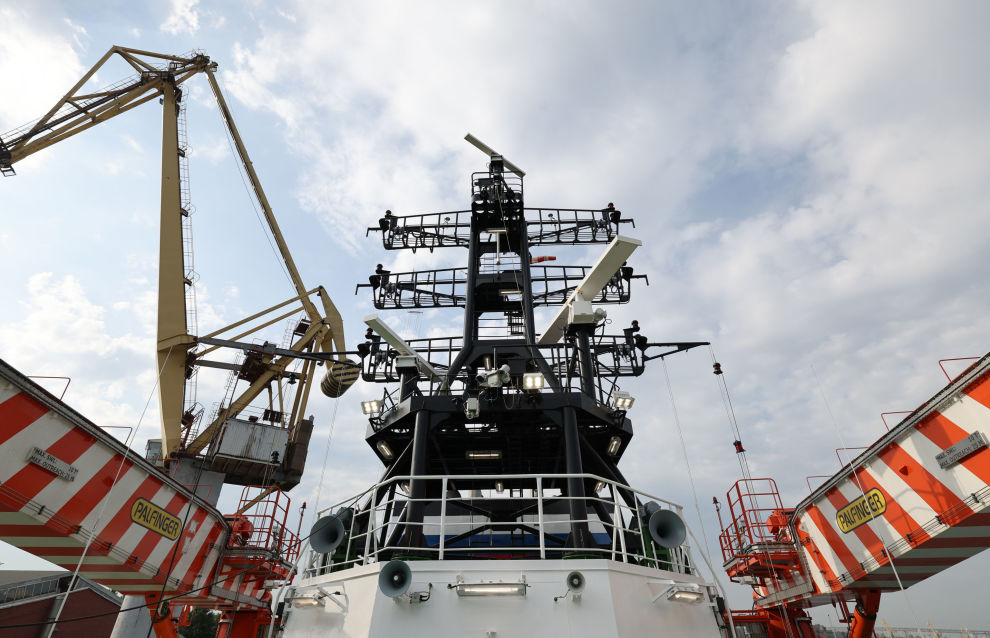 The North Pole ice-resistant self-propelled platform (ISP) departed Admiralty Shipyards and will sail to the Great Port of St. Petersburg for additional provisions. On September 1, the ship will take its first voyage to Murmansk, and then on to the central Arctic.

According to Alexander Makarov, director of the Arctic and Antarctic Research Institute, the ship North Pole will make it possible to comprehensively change the approach to organizing scientific research in the high latitudes.

“Our polar explorers won’t have to spend time and energy on ensuring their safety, like with the ice camps earlier. Now they can focus solely on science. Scientists will have the opportunity to plan long-term research, and this also opens the possibility to young people who want to pursue a career in polar science. For the next 10 years, this will be the most important scientific project in the Arctic, not only in Russia, but in the world,” the institute’s press service says, quoting the director.

It is noteworthy that the melting ice makes it more difficult to find a suitable ice location for landing expeditions in the central Arctic. In recent years, many expeditions had to be evacuated ahead of schedule to avoid exposing the researchers to additional risk.

“Now, research will be carried out aboard the new ship in comfortable conditions with all the amenities, but the main thing is that the platform will ensure the safety of the scientists and crew. We also have an opportunity to deliver more machinery and equipment to a research site. Today we can say that Russian science is returning to the Arctic in earnest and for a long time to come. Our key tasks are to improve forecasting models, and provide the most accurate and timely shipping forecasts along the Northern Sea Route,” Alexander Makarov said.

“This platform, which is 42.5 meters high from the keel to the top of the middle mast, or equal to a 13-story building, was designed to “live” in the ice. I believe that its service life will be successful and productive for Russian science, and that the information obtained during Arctic expeditions will make a significant contribution to the further research and development of the region.”

The North Pole platform is the third ship in the scientific expedition fleet of the Arctic and Antarctic Research Institute. The construction of the platform began in April 2019 by order of Roshydromet as part of the program for the socioeconomic development of the Russian Arctic.