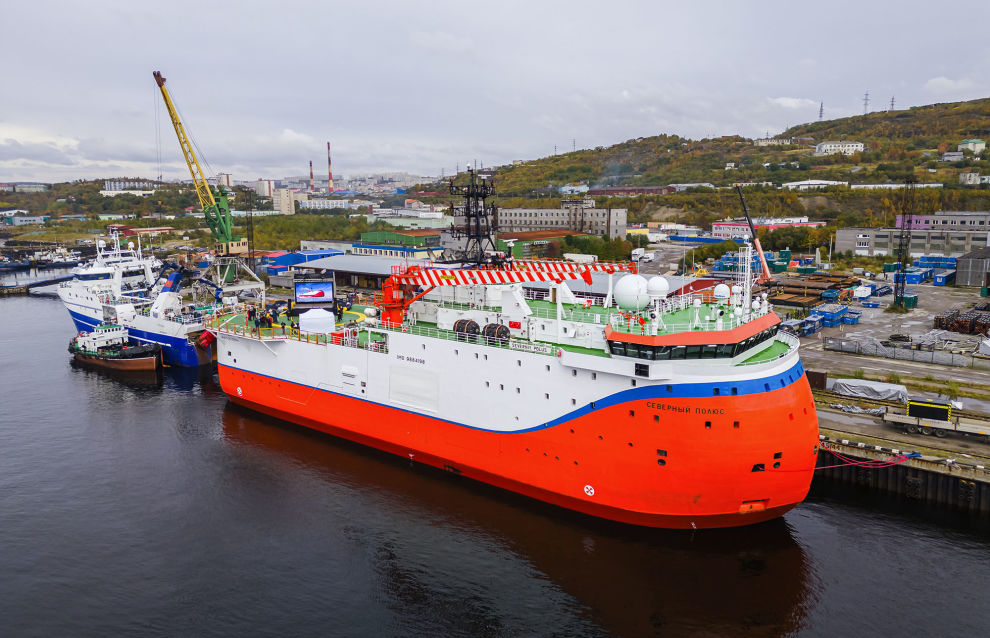 The North Pole-41 research expedition members boarded the ship in the port of Murmansk. A team of scientists and polar researchers from the Arctic and Antarctic Research Institute will sail to the Arctic for the first time on a new ice-breaking self-propelled platform, the North Pole.

"Thanks to many years of hard work of designers, engineers and other specialists, Russia has a platform that is unparalleled in the world and which creates the conditions for scientific and practical research work in severe latitudes. I reckon that the work of the North Pole IRP (ice-resistant platform) will become a serious contribution to the development of our research fleet, creating a powerful technological reserve and strengthening the positions of Russian science. And this expedition will open a bright new page in the history of Arctic exploration, promote productive research in such fields as climate study, ecology, biology, oceanology and other important disciplines," President Vladimir Putin said in his address.

Scientists began to tune up the equipment and prepare for the voyage. After all the preparations, the North Pole will leave the port and head for the New Siberian Islands.

"Practical results obtained by future studies are extremely important for the successful implementation of the Arctic development strategy and the shaping of public policy in the Arctic," Prime Minister Mikhail Mishustin said in his address to the polar explorers. "It is symbolic that we are launching new large-scale research in the year when the Russian President announced the Science and Technology Decade. Implementation of such a program at the North Pole will be an experiment of unprecedented complexity."

Alexander Kozlov, Minister of Natural Resources and Environment, congratulated the participants of the North Pole-41expedition on the start of the new ambitious project.

"Our platform is a unique invention in the world. It has no and will never have any analogues. The North Pole is a tribute to our great past and a way to new discoveries. I am proud to have been involved in the construction of the platform, as I am proud to know the captain of the first expedition. I would like to say a huge thank you to the Federal Service for Hydrometeorology and Environmental Monitoring and the Arctic and Antarctic Institute for making the polar explorers' dream come true. Now polar researchers can work safely in harsh conditions and not as they used to – in a tent on an ice floe in the middle of the Arctic Ocean. I am sure that the polar explorers will make many scientific discoveries and conduct important research. I wish you just that – scientific success and exciting discoveries. The age of pioneers has not passed; it is still going on."

The vessel will arrive at the place where drifting will start in early October. Currently, specialists from the Arctic and Antarctic Research Institute are looking at five ice floes that would be suitable for scientific camps. The final choice will be made on the spot. For about 7-10 days, the vessel will be immersed in an ice floe. During this period the scientists will begin to equip the camp around the platform. The main goal of the expedition will be to conduct a comprehensive study of the Arctic as part of the "atmosphere-ice cover-ocean" system.

The domestic program of drifting polar stations began in 1937 with the expedition led by Ivan Papanin. In 2013, the program had to be suspended due to ice melting in the Arctic. Specialists of the Arctic and Antarctic Research Institute analyzed and summarized the unique experience of previous expeditions and found the best option for long-term basing of research laboratories: the North Pole self-propelled ice platform.