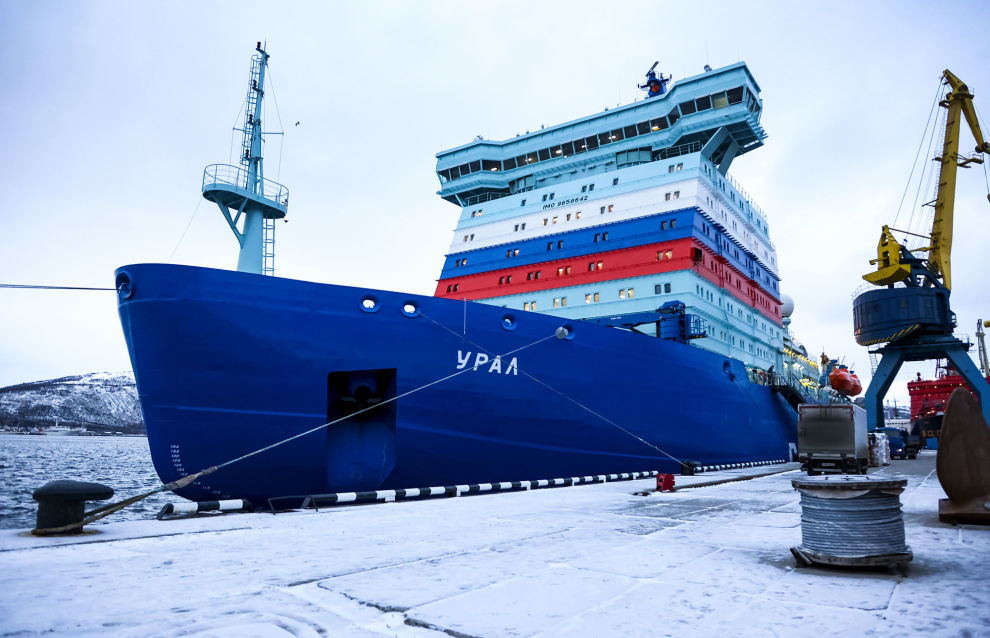 The icebreaker Ural to sail on first mission from Murmansk

The multirole nuclear-powered icebreaker Ural sailed out from Murmansk in an impressive setting, and it is now heading for the Kara Sea.

“I would like to emphasize that 90 percent of the icebreaker’s equipment is Russian-made, and the ship has a 40-year service life. Russia will feel confident in the Arctic basin for 100, not 40, years,” Deputy Rosatom General Director Vyacheslav Ruksha said.

On December 3, Nuclear Icebreaker Fleet Day, the ship will sail on its maiden voyage and will be operating in the Ob-Yenisei district of the Kara Sea.

According to Rosatom sources, the new nuclear-powered icebreaker’s first mission will have great significance for the long-term expansion of navigation on the Northern Sea Route, one of the most promising new global transport corridors.

The active use of this transport artery will allow Russia to establish cost-effective logistics routes and to unlock its export potential more fully. This will also influence the comprehensive development of Russia’s Arctic and Far Eastern regions.

Last week, on November 22, the Russian flag was raised aboard the Ural. The Yakutia, the third Project 22220 icebreaker, was launched the same day.