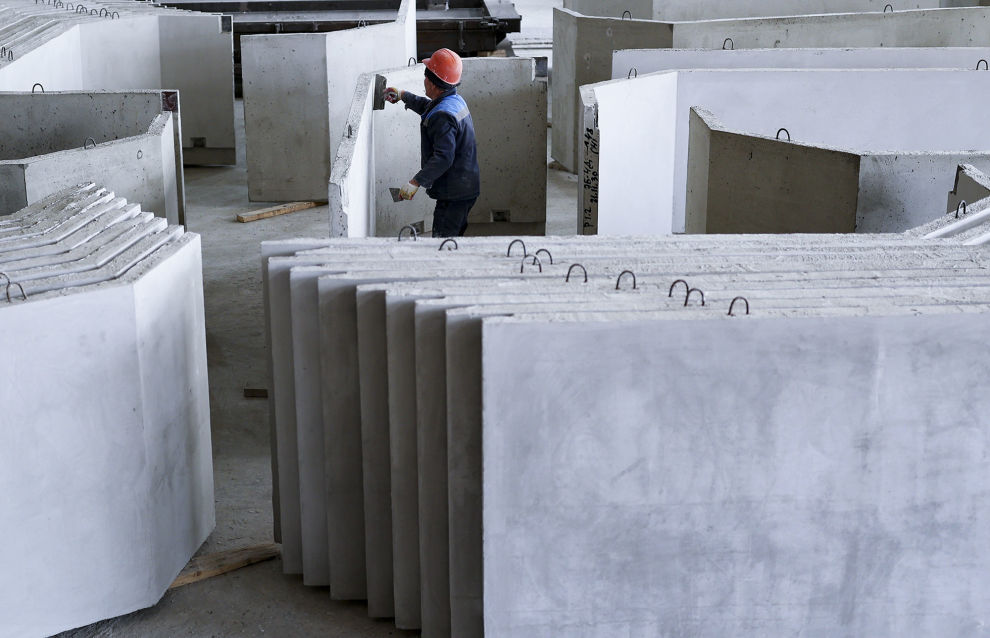 Researchers at the Tomsk State University of Architecture and Building are experimenting with durable concrete for more effective construction in the low temperature conditions of the Arctic and the Extreme North.

“A series of experiments are being conducted to study heat and mass transfer gradients depending on environmental factors. <…> It is the first such experiments being conducted in Russia. They are extremely important, because they can lead to the creation of more durable concrete at extremely low temperatures,” the university’s press service has reported.

According to the heat and mass transfer laws, water moves towards a lower temperature, and therefore the gradient of this process must be thoroughly studied. An uneven water distribution throughout a structure will ultimately weaken it. Equal temperatures must be ensured during the heat treatment of concrete.

The experiments were conducted in a wooden framework into which concrete and cement samples were poured. One wall of the wooden framework was heated to over 60 degrees Celsius, while the opposite wall was cooled to minus 50 degrees. The researchers are also experimenting with various kinds of insulation and framework materials.

“We used electricity for the accelerated heating of concrete, poured it into the framework and moved it outdoors, where it was around -30 ℃ for more than a day. However, thanks to the use of expanded polystyrene insulation, the temperature of the grouting compound was above zero throughout the hardening process. This prevented concrete from freezing, helped it harden and improved its other performance characteristics,” the press release cited project participant Dmitry Sukhorukov as saying.

The researchers are also studying the effects of mechanical milling on the strength of sand grout and changes in the temperature and strength of concrete made of heated grout during its hardening in different conditions.