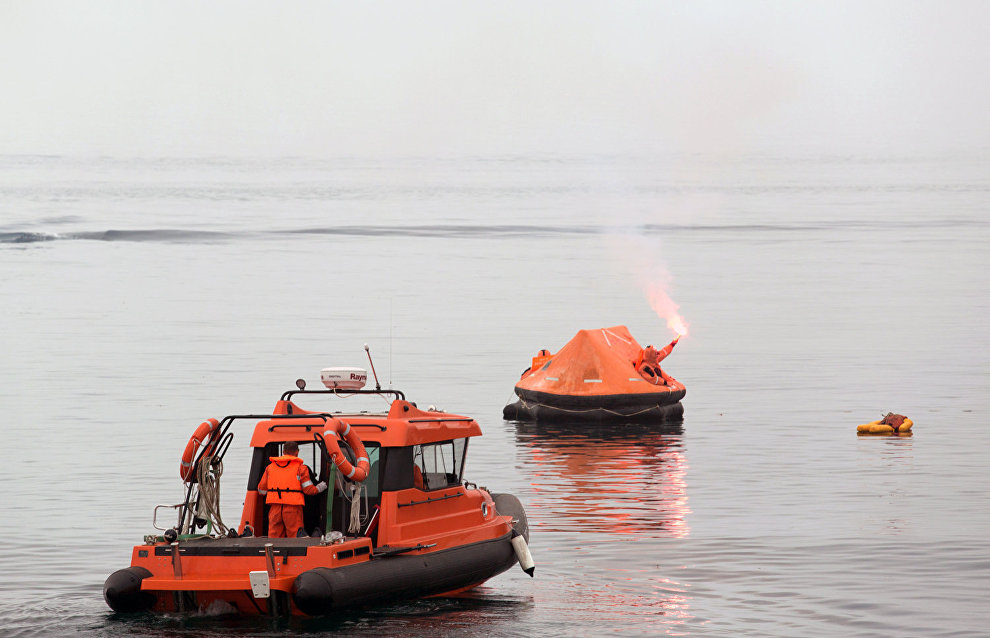 The United States has sent seven Arctic Council member-states invitations to take part in a sea search and rescue exercise to be held this summer, TASS news agency reports, citing Alana Ingram, a member of the US Coast Guard press service.

Named Arctic Chinook, the exercise will be organized by the US and is expected to take place on August 22-26. It will mostly be focused on the Bering Strait. All eight Arctic countries, Canada, Denmark, Finland, Iceland, Norway, Russia, Sweden and the US, were invited. "So far we don't know who will participate apart from the US," the US Coast Guard spokesperson said, adding that decisions of this kind usually take time.

The spokesperson for the Coast Guard, which is a separate branch of the United States Armed Forces along with the Army, Air Force, Navy and Marine Corps, went on to say that the Arctic Chinook exercise will feature a "cruise ship carrying some 250 passengers and crew." The maneuvers will consist of modeling an incident involving this ship, leading to an imaginary "disaster with passengers suffering critical, serious and minor injuries," and the need to evacuate them, she pointed out, adding that the number of navy ships and aircraft and the number of people to take part in the exercise have yet to be determined.