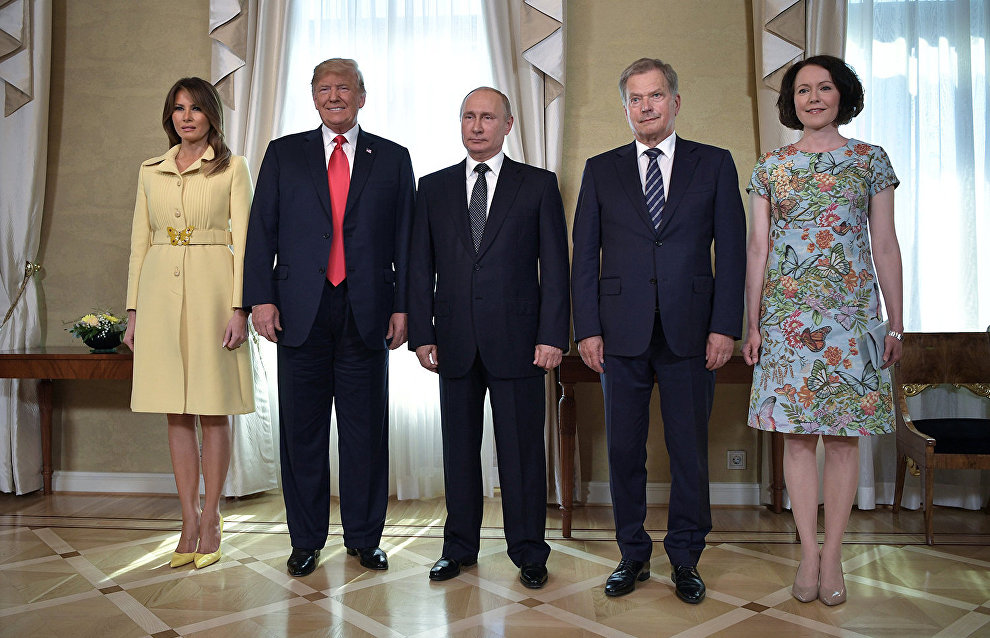 Presidents of Finland, Russia and the US discuss Arctic environmental issues

President of Finland Sauli Niinisto has discussed the environmental situation in the Arctic and a number of other topics with Russian President Vladimir Putin and US President Donald Trump, Niinisto told a news conference on Monday.

"We spoke about the issue of soot in the Arctic. I think we will be able to discuss this in more detail during Finland's chairmanship of the Arctic Council," Niinisto said.

The meeting between the presidents of Finland and the US took place on Monday morning at the Mantyniemi residence.

Russian President Vladimir Putin and US President Donald Trump held talks in Helsinki on Monday, after which they announced their mutual interest in improving relations between the two countries.