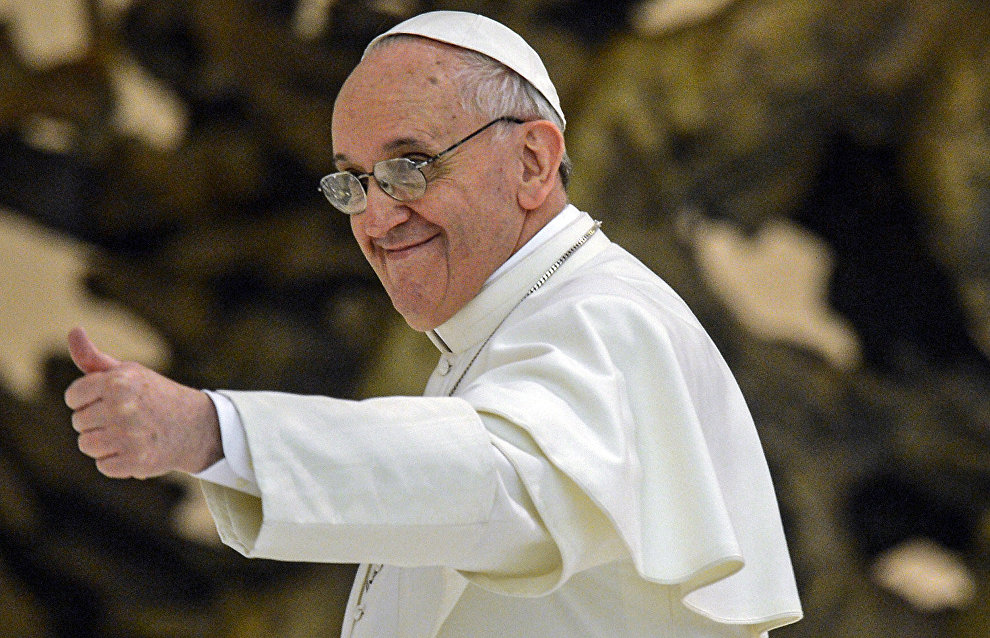 "We presented a jersey, a hockey stick and a puck to Pope Francis and we kindly requested that he become our honorary captain. He replied yes and followed by blessing us," UN Environment Patron of the Polar Regions Viacheslav Fetisov was quoted as saying by Ascanews.

According to Fetisov, holding an ice hockey game in the North Pole with international hockey stars and prominent politicians could help raise public awareness about environmental problems, including the melting of glaciers. Fetisov presented the Pontiff with a No. 1 jersey with "Pope Francis" written on it.

"The last ice hockey game on the North Pole" is an environmental initiative by the United Nations designed to raise awareness to the problem of rapidly disappearing ice in the Polar region. It is carried out in cooperation with the Republic of Sport Foundation together with the support of Grid Arendal.

The event will take place on the North Pole in April 2019, spearheaded by legendary Russian ice hockey player and UN Environment Patron Viacheslav Fetisov. The Last Game will be a prelude to the September 2019 UN Climate Summit.