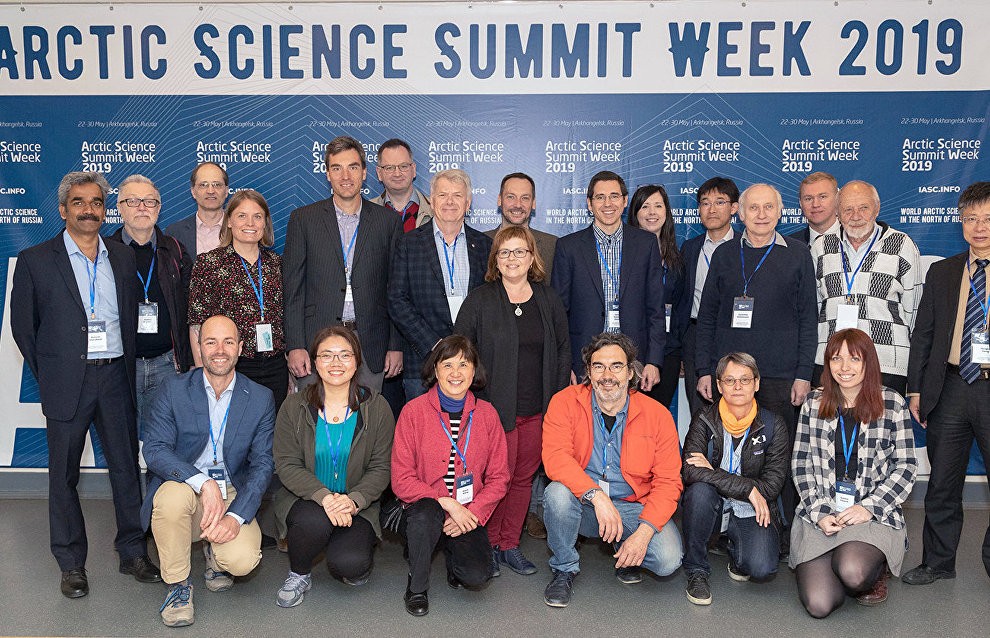 "We are very thankful for the support the International Arctic Science Committee (IASC) has been giving us, and we will continue trying to cooperate and arrange our work in close contact with our colleagues," said Vladimir Pavlenko, IASC Vice President and a member of the Arctic expert council at the Russian Federation Council. "The focus of our intellectual effort on the agenda, which is part of the title of our conference, is a very topical issue. This is climate change and development of the Arctic population."

According to Larry Hinzman, Director of the International Arctic Research Center (Alaska, USA), the ecosystem is dramatically changing because of climate change and global warming, and today it is important for the entire international Arctic community to work together, at the juncture of disciplines and focus areas. He also noted the need for discussing issues at an international level in order to reach a deeper understanding of how the ecosystem is currently changing, how is it going to transform in the future, and what the impact of such changes will be. He stressed that it is also important to hold meetings in Russia, which occupies the largest area in the Arctic and has skilled scientists, including in Archangelsk. Joint projects have greatly influenced the development of Arctic science, Hinzman said.

The IASC working groups are not designed to carry out highly specialized research but for multidisciplinary scientific work as part of the five-year strategy for Arctic research adopted by the IASC last year.

The IASC Marine Working Group pays special attention to sea ice melting. Lee Cooper, a professor at the University of Maryland (USA), said that it is very important to understand the role of that process for the entire ecosystem and ways of reducing its negative impact. He emphasized that such events as the Arctic Science Summit Week help researchers from all over the world to find common ground and discuss global Arctic science issues at an international level.

Glacial melting results in inevitable atmospheric changes, and the scientific community in this area should study the process and determine the influence of sea glacier changes on medium altitudes.

Kent Moore of the University of Toronto said that the melting sea ice affects the Arctic ecosystem, and many animal species are under stress now. The weather in the Arctic has been changing: sometimes it rains in the winter, which creates certain problems for the animals, he noted. Scientists have learned to record what is happening and use that information to describe the changes, according to Moore.

Meanwhile, a member of the Cryosphere Working Group, Professor Torstein Torsteinson of Iceland, who studies glaciers, underscored that that problem is very relevant for Iceland because 10 percent if its territory is covered with ice.

Professor Torsteinson said that Iceland has many hydroelectric power stations that make energy from melting ice, but as the air in the Arctic has been getting warmer over the past years, there are ample grounds to believe that if the warming continues at the same pace, the glaciers will disappear altogether in 200 years. They are monitoring the processes closely and making forecasts. This is Torsteinson's first visit to Archangelsk, which is on the same latitude as Reykjavik. Iceland annually holds meetings on climate change and invites scientists from all Arctic countries. This year there are plans to invite specialists from Russia.

Torsteinson said he is interested in hearing at the summit the opinions of Russian researchers on changes in the climate, atmosphere, glaciers and Arctic Ocean currents, especially in the eastern Arctic and in Siberia. He added that they have little information on climate change particularly in the Russian Arctic.

Members of the IASC Terrestrial Working Group Christian Rixen (Switzerland) and Rebecca Hewitt (USA) pointed out that one of the most important tasks is to put together the data obtained by scientists from different countries studying the cryosphere, the Earth's surface and atmosphere over the recent years. This is critical for understanding what impact human activity in the Arctic has on the biosphere and mammal population, and for working out relevant decisions and general policy regarding human activity in that region. However, the scientists believe that this is only possible with reliable research data on all the transformations in Arctic nature.

Archangelsk is hosting a major international event involving 450 scientists from 29 countries on May 22-30. The Arctic summit was initiated by the International Arctic Science Committee (IASC).