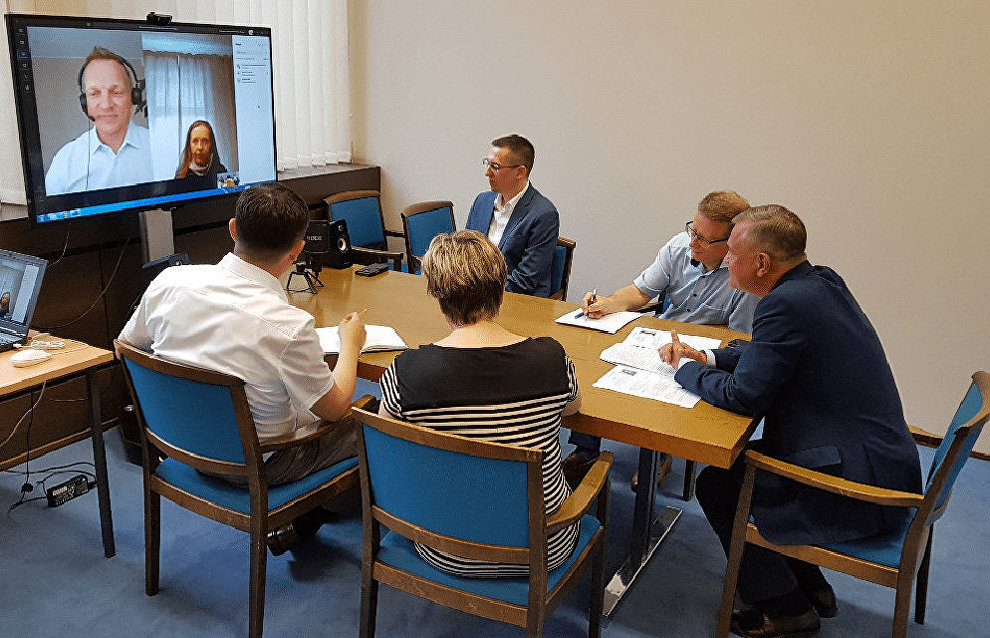 © Ministry of industry and trade Russia

Representatives of Russia and Finland discuss cooperation in the Arctic region

On June 18, head of the Russian trade mission in Finland Sergei Sinelnikov had an online meeting with division heads of Business Finland Kimmo Kanto and Ulla Lainio.

The parties discussed the development of Russia-Finland economic cooperation in the Arctic region ahead of Russia's chairmanship in the Arctic Council from 2021 to 2023.

The Finnish business people pointed out several interesting areas of cooperation with Russian companies with a focus on the Arctic region, such as clean, information and space technologies as well as smart transport, including autonomous navigation in Arctic waters.

The parties also discussed options for financing and implementing joint infrastructure projects in the Arctic region, both on Russian and Finnish territory. Kimmo Kanto pointed out that several projects can be implemented within the existing Business Finland programs.

On the Russian side, Sergei Sinelnikov suggested that his Finnish partners consider the possibility of Finnish companies taking up residence in new Arctic priority development areas, taking into account the incentives offered by Russia and potential partnership with Russian anchor residents.

At the end of the meeting the parties stressed the importance of discussing cooperation areas in detail and further collaboration at the expert level.