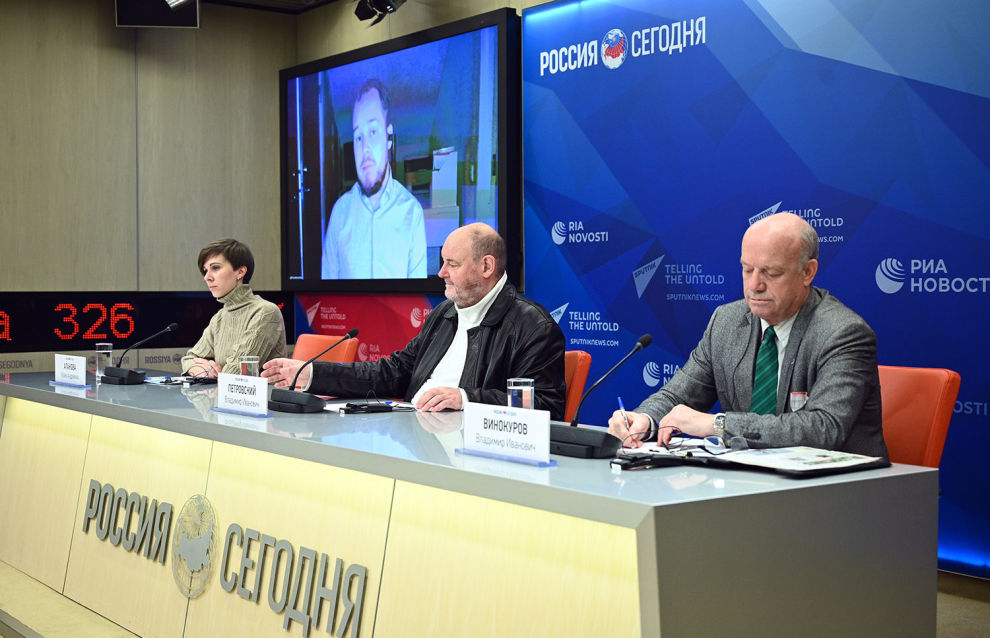 On September 30, the last day of the 2nd International Northern Sustainable Development Forum, Arctic.ru organized a panel session, titled Information War in the Arctic, offering its participants an opportunity to discuss ways of preventing a new Cold War in the region and the current media environment in the Arctic.

The session included a presentation on the coverage by major media outlets of circumpolar countries of Arctic-related topics and Russia’s presence in the region.

The presentation resulted from a study of about 10 major media titles of all circumpolar countries, including Finland and China, carried out in order to understand whether the topics they raised coincided.

She went on to say that the study identified the core news trends for each of the countries: “Unsurprisingly, the Russian media focuses on economic and infrastructure development, Norway and Denmark prioritize international politics, media in Sweden, Iceland and the United States focus on climate change, the Canadian media mostly report on research and innovation, while the media in Finland and China also emphasize climate change.”

“Countries with the most positive news articles about Russia included Iceland, Finland and Norway, with 9.8 percent and 6 percent, respectively. The fuel spill in Norilsk and new military drills in the Arctic provoked the biggest outpourings of negative media comments, while positive publications referred to the remains of a mammoth discovered in Yakutia and new economic preferences for Russian Arctic regions,” Atanova said.

Taking part in the event was Tim Anderson, a journalist with Barents Press, who shared his views on the study.

“I am not that surprised that climate change is one of the top news topics when you look at news articles about Russia, Sweden and neighboring countries… When you had the incident in Norilsk, it might have been affected by climate change and the thawing of permafrost. Of course, it is connected,” he said.

Anderson said that he did not believe Sweden’s relations with Russia in the media space to be negative. Most journalists in the country’s mainstream media follow specific standards in order to be as objective as possible, he noted.

“But there are also other newspapers, where you can see much more criticism towards the Russian authorities, asking why Russia hasn’t worked to prevent incidents like the one in Norilsk. But that same kind of opinion comes from journalists who are just as critical towards what is happening in Sweden. We also have ecological problems and disasters,” Anderson said, adding that the Swedish media are interested in covering events across the Arctic, not only in border regions.

Vladimir Petrovsky, PhD in Political Science and Senior Research Fellow at the Center for the Studies and Forecasting of Russia-China Relations, Institute of Far Eastern Studies of the Russian Academy of Sciences, was surprised to see Arctic militarization among the key news topics in the Arctic and circumpolar countries.

“When the militarization of the Arctic becomes a top news trend, this shifts the focus and creates bias. Environment, thawing and environmental protection are natural subjects, but then you have articles about Arctic militarization and Russia’s involvement in it, which is hardly justified,” he pointed out.

The researcher noted: “If we take an impartial look at what Russia is doing in the Arctic, it does not project its military power on the Arctic. Russia seeks to modernize its capabilities in order to defend its sovereignty and territory. After all, Russia is an Arctic country.” He reminded the audience that Russia has seven Arctic regions, with its border stretching thousands of kilometers across the Arctic, which is also home to the Northern Sea Route, and Russia has to defend all these borders and routes.

Petrovsky also said that all the infrastructure in the Russian Arctic can serve both civilian and military needs, although in most cases the garrisons in the region are small.

Professor Vladimir Vinokurov from the Diplomatic Academy of the Russian Foreign Ministry, was also among the speakers. He said that the more people talk about the Arctic region and the challenges it faces, the more problems arise in international relations.