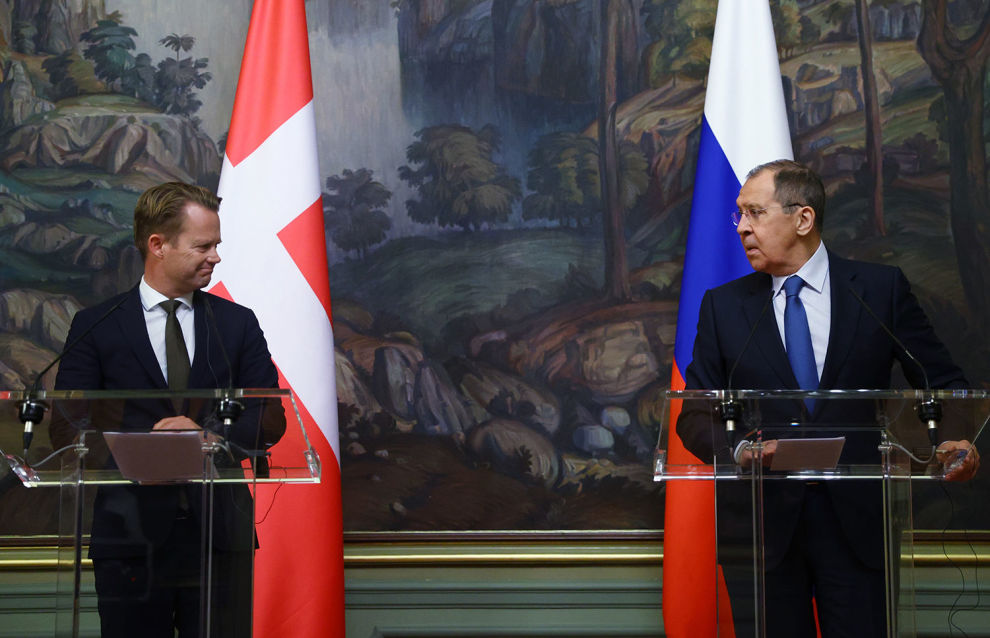 On October 9, Foreign Minister Sergey Lavrov held talks with his Danish counterpart, Jeppe Kofod. They discussed the outlook of bilateral relations, cooperation in the Arctic, and urgent international and regional issues.
In his opening remarks, Mr. Lavrov emphasized that this meeting was a good opportunity to continue the dialogue started on the sidelines of the UN General Assembly in September 2019. “I know that you have thoroughly prepared for today’s talks and announced them in the press more than once. We are also interested in discussing the reasons for the current difficulties in Russian-Danish relations and the prospects of developing them in the interests of our nations,” said the Russian foreign minister.

Mr. Kofod’s visit was initially scheduled for early 2020, but it was postponed due to the coronavirus pandemic. As the Russian Foreign Ministry’s comment published on the eve of his visit notes, Moscow considers the arrival of the Danish foreign minister as a sign of Copenhagen’s willingness to openly discuss the current state of affairs and normalize bilateral dialogue.