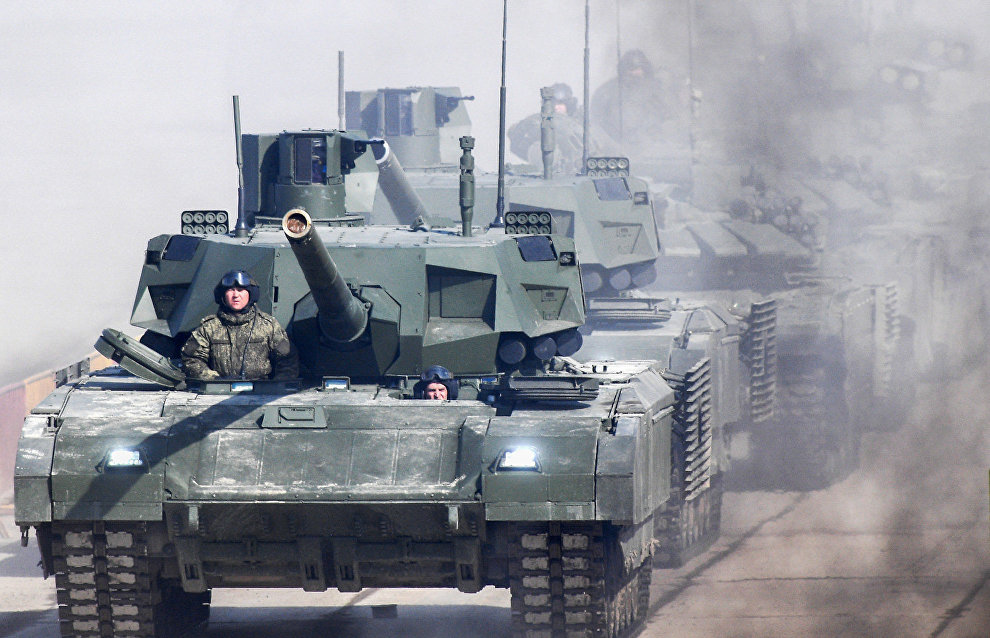 Russian military to test Armata tank in the Arctic

We will test the T-14 Armata tank in various climatic conditions, and its electronic systems will be tried out in the Arctic, Deputy Ground Forces Commander for Armaments Lieutenant General Viktor Lizvinsky told journalists.

"You know, we will test the tank in various climatic conditions, and not just in the Central Russian Upland. We will certainly try out the tank in the North and the Arctic, and we will probably have to deploy it in the mountains and sandy deserts," Lizvinsky said on the sidelines of the Army 2018 International Military and Technical Forum.

"We know that the United States had some negative experience operating its Abrams M1 tanks during Operation Desert Storm when virtually all their engines malfunctioned. Therefore we need to try out everything, including specific computer parts and the influence of Aurora Polaris on it," Lizvinsky added.

Military units will start testing the tank in 2020, he noted.