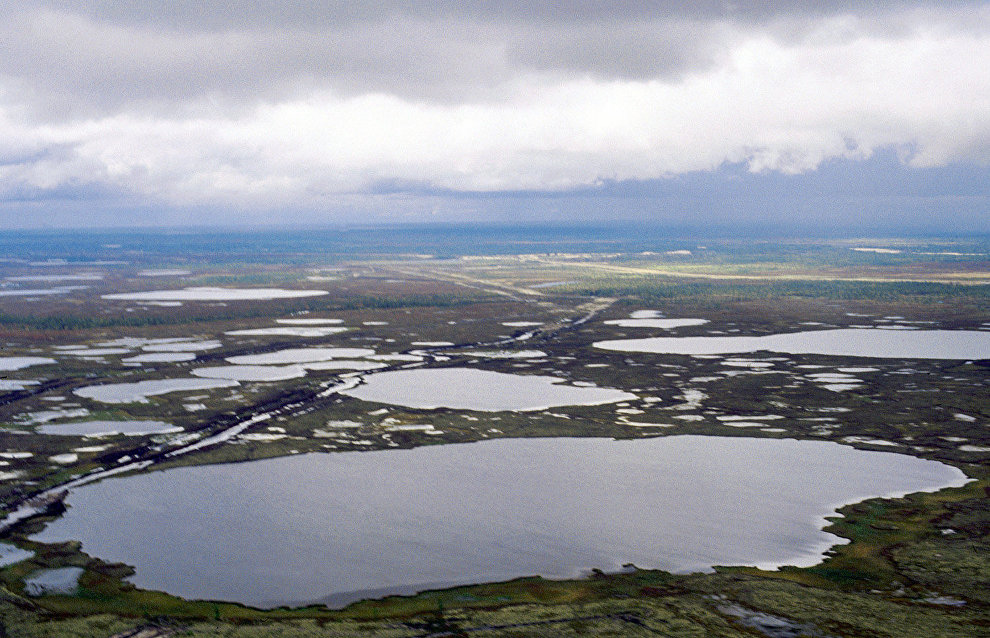 An expedition from the Arctic Research Center has studied a 400-kilometer area in the Yamal-Nenets Autonomous Area's Priuralsky and Nadym districts where the Northern Latitudinal Route railway is scheduled to be built. No evidence was found of any archeological landmarks that might be damaged during construction, according to the center's website.

"We have walked almost 400 kilometers along the planned railway route and didn't find anything related to archeological heritage," said Andrei Gusev, a senior research associate with the center's archeology department who is involved in this project.

According to Gusev, the plans are to build the mainline far from the region's vital waterways. It will be located along a water divide, at a considerable distance from any major rivers including the Polui River, a major transport artery and a source of food.

The idea of Northern Latitudinal Route was first suggested over 1,000 years ago, Natalya Fyodorova, Cand. Sc. (History) and head of the center's archeology department, noted. A study of the region's ancient and medieval history using archeological landmarks shows that people living back then realized the practicality of sea and land routes linking the north of Western Siberia with neighboring territories. In 1222, the Vikings traveled to legendary Bjarmaland, reportedly located in the north of Eastern Europe, for the last time. A cloak buckle from that period, unearthed near Salekhard, indicates that the voyage did take place. The Pomors sailed to the north of Western Siberia until the early 18th century when Peter the Great launched his sweeping reforms. In the 15th and 16th centuries, attempts were made to build a northern route to Obdorsk via Pustozyorsk, Pechora and the Sobskaya outpost that was built for streamlining local trade ties. In the 19th century, Siberian merchants initiated two railway projects, with the Russian government rejecting them as untimely and unprofitable.