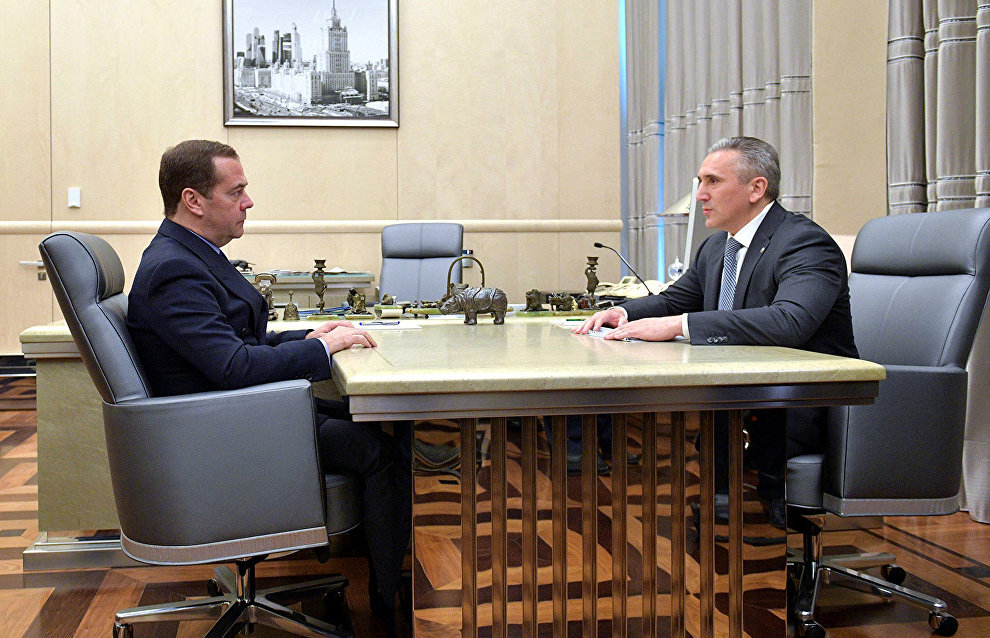 "In accordance with the May executive order, no less than 15 research and educational centers should be established in our country, and we would like to take part in this work," Moor said.

He emphasized that the initiative came from the three regions, and handed Medvedev a joint letter.

"At present, we believe that we have all the prerequisites for this, because research and educational centers are the outcome of the consolidated efforts of universities, research organizations and industrial partners. There are universities both in the Tyumen Region and in the Khanty-Mansi Autonomous Area," Moor said.

Answering Medvedev's question about whether it would be a traditional university or whether the focus would be on engineering, Moor said that the unique features of each of the three regions will be taken into account.

"First, there is the research and exploration of the Arctic. We have certain developments there, and a relevant research center is located on Yamal. The second factor, where we have a long-established expertise, is the extraction and processing of oil and gas, petrochemistry. And the third is everything related to aquabioculture," Moor said.

He added that Tyumen State University is actively moving towards solving social and humanitarian problems and it too will be part of the future center.

"We share a consolidated opinion that all our universities, all our research institutes belonging to large oil and gas companies will unite. We are discussing the management of this research and educational center," he said.

According to Moor, all three regions want to take part in financing the project.

"You were absolutely right when you said that we aim to get our largest universities and educational centers into the best world rankings. This can only be achieved if they are strong and competitive and it will not work with a dozen mediocre universities, so it will be beneficial to unite them," Medvedev said.