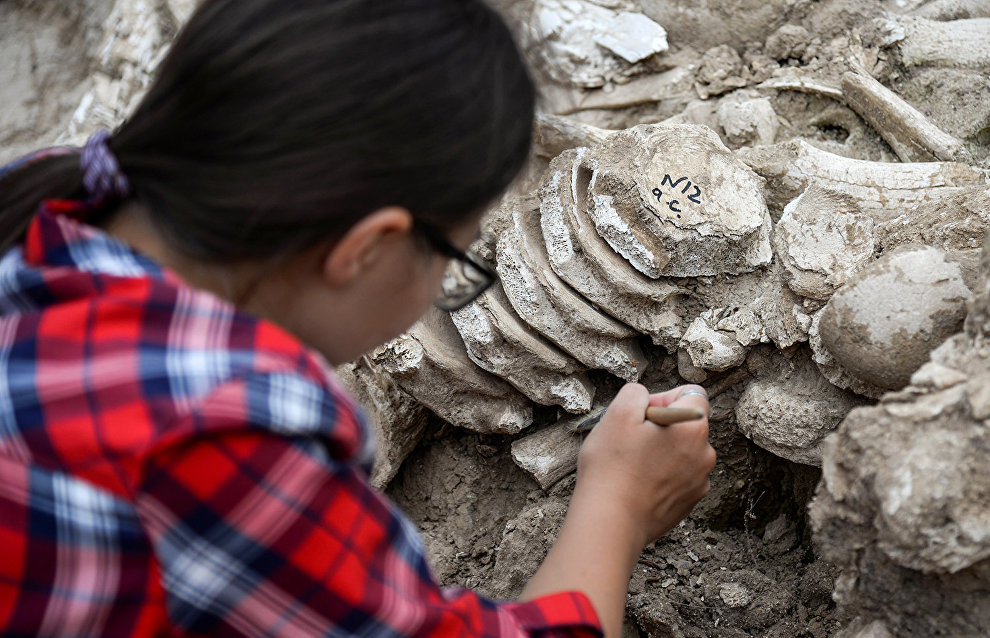 Scientists found bones of a cave lion as well as a brown bear on the Gydan Peninsula. This is the first such find in the region, TASS reports citing Pavel Kosintsev, Senior Researcher of palaeoecology laboratory at the Institute of Plant and Animal Ecology of the Ural branch of the Russian Academy of Sciences.

"They have found remains of species that can rarely be found at all, and this is the first time they have been found in the northern part of West Siberia: bones of a cave lion and a brown bear. <…> We have already agreed that experts working in the field of genetics will try to determine the genealogy of these cave lions. A sample has been taken and sent for analysis," the scientist pointed out.

"Now we believe that the habitat of these animals was wider than it was earlier considered. This region is also interesting because it is located as close as possible to the glacier that covered Scandinavia, which means that the natural conditions here were most severe," Kosintsev added.

According to him, it was most likely that predators migrated following other animals. The scientist believes that the search for any remains is now very difficult due to the high level of water on the Gydan Peninsula.

According to TASS, the southern coast of Great Lyakhovsky Island (the New Siberian Islands) where over 1,000 bones were collected back in 1999 was considered the largest area to look for mammoth fauna in the Russian Arctic before the Gydan find.