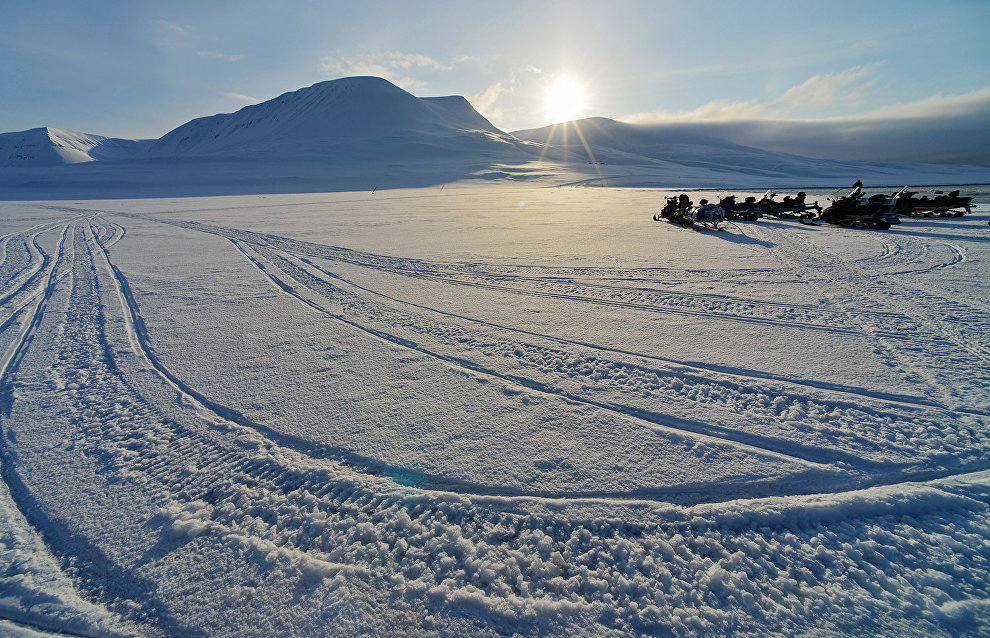 A prototype freight sled made of polymers will be sent from St. Petersburg to the Antarctic this November for testing, Interfax reported citing General Director of Komsomolskaya Pravda Plastics Processing Research and Production Association Sergei Tsybukov. The sled has a capacity of up to 60 tons and can travel long distances at extremely low temperatures.

"Today we will begin to assemble a sled with the highest cargo capacity for use in the Arctic and Antarctic. It will be assembled by November 5, and on November 6 it will be loaded aboard the Akademik Fyodorov, which will spent two months traveling to the Antarctic where the design will be fully tested," Tsybukov said.

The sled was developed to carry large and heavy loads of up to 60 tons for about 1,500 km in the Antarctic. The designers claim that the sled can be used at minus 55 degrees, in thin air, with ice ridges and cliffs, and on very hilly ice roads.

"Whoever is the first to be able to move heavy cargo will have the opportunities in the Arctic and Antarctic. No one can move 60 tons today; 16-20 tons is the highest practical capacity using metal sleds. But the sleds use skis: skis can break when they get caught in the ice; then the cargo has to be off-loaded, the broken part welded, the cargo has to be reloaded and then the journey can continue," the agency quotes Tsybukov.

The tests will take place in January near Progress Station. Andrei Mirakin, chief specialist of the Arctic and Antarctic Research Institute, noted that the new project is relevant for deeper exploration of the continent. After the experimental prototype is tested, the designers plan to build a reengineered prototype. The first ones could be available by 2020.