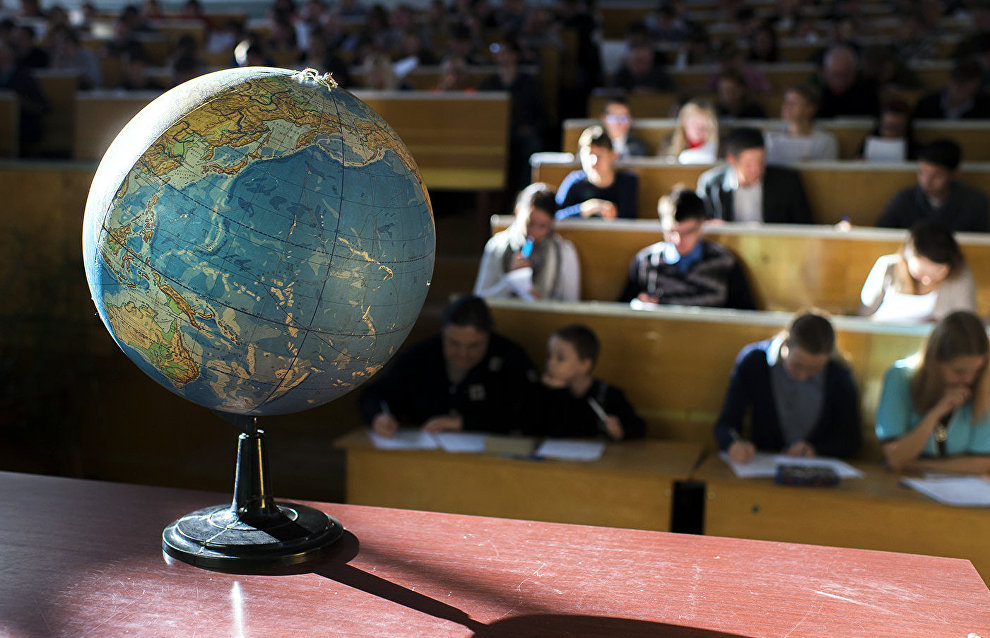 Polar explorer Matvei Shparo will hold the national geographical dictation in the Moscow City Palace of Children's Creativity on Vorobyovy Gory on November 11. After the dictation, he will answer participants' questions and will tell them how to become a member of the youth expedition team to the North Pole in April 2019.

The Russian Geographical Society (RGO) will be holding the dictation for the fourth time. This time the exam will consist of two parts, each of which includes 15 questions. They vary in degree of difficulty.

"The tasks will be less difficult and the applicants will have to display intelligence and the ability to think logically. This intellectual competition will be more like a quiz than an exam," the RGO website said.

By tradition, the dictation will take place at specially organized venues and online on the project's website. It will be held in four versions: two versions for Russia, one version for foreign countries, and one online version. All versions are equally difficult.

In 2017 over 260,000 people took the dictation. It was held all over Russia and also in 25 foreign countries. A total of 2,224 specially organized venues were prepared for it. In Russia, the Republic of Sakha (Yakutia) held the exam in 277 organisations, the most in the country.

Matvei Shparo will hold the dictation from 11 am to 1 pm on November 11 at 17/7 Kosygina Street. The organisers of the event warn that the number of applicants is limited.