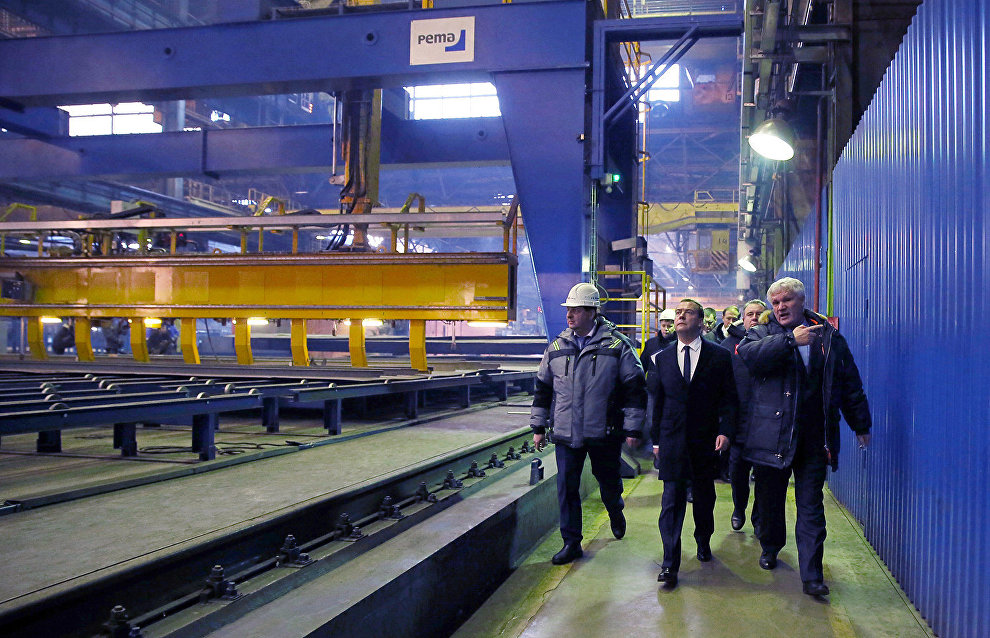 New nuclear icebreakers are key to Northern Sea Route development plans, so construction delays are inexcusable, said Prime Minister Dmitry Medvedev during his visit to the Baltic Shipyard. He said the president had set an objective to increase cargo volume to 80 million tons by 2024.

"Building new icebreakers is really a key prerequisite for reaching this goal. Clearly, schedule overruns or any other problems are unacceptable. We discussed this with the president yesterday. We share the opinion that we need to build different types of icebreakers quickly and to provide the financing for this. The country's leaders fully support this effort," the prime minister said.

Currently, the Baltic Shipyard in St. Petersburg is building three new Project 22220 universal nuclear icebreakers as commissioned by the Rosatom State Corporation. Russia's lead icebreaker, the Arktika,  as well as the Sibir icebreaker have been floated out, while construction of the Ural, another icebreaker of this class, is still underway. The deadlines for launching these ships have been repeatedly postponed. At present, the deadline for launching the Arktika is 2019, the Sibir 2020 and the Ural 2021. In addition, three Project 10510 Lider nuclear icebreakers will be built in Russia.

Deputy Prime Minister Yury Borisov told journalists in September that the new Project 10510 nuclear icebreakers would be built at the Zvezda Shipyard in the Far East in cooperation with other Russian shipbuilders, including the Baltic Shipyard in St. Petersburg.