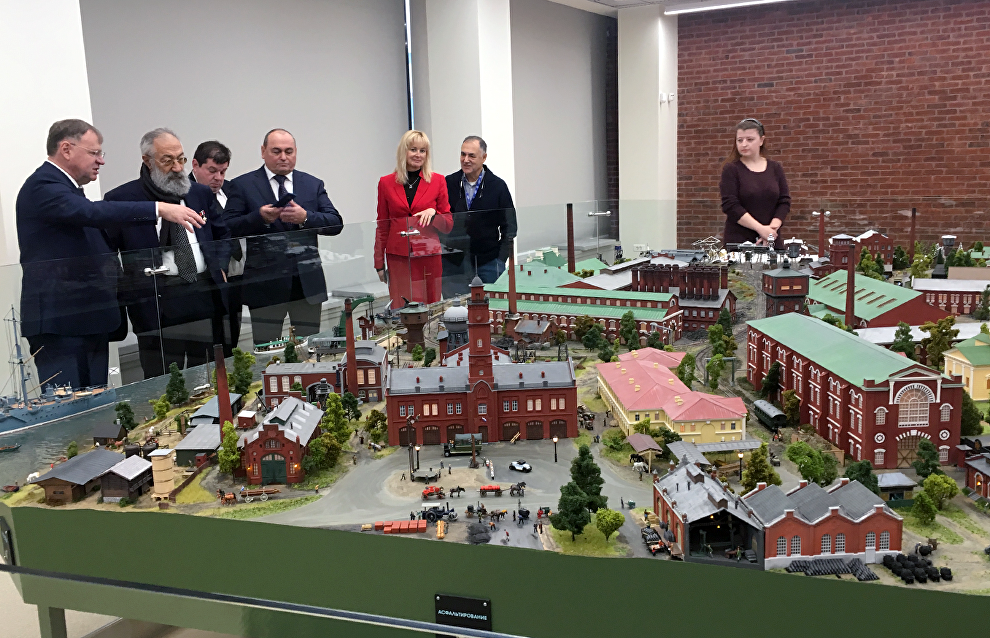 The Almaz-Antey Concern Northwest Regional Center may be tasked with building a submersible that will take explorers Fyodor Konyukhov and Artur Chilingarov to the bottom of the Mariana Trench which has a depth of 11,000 meters, Chilingarov said during his visit to the enterprise.

"I asked whether they can make a submersible that could withstand this pressure. We were told that if they were tasked with developing a design they were ready to look into it. <…> Building a vehicle of this kind takes three years. We want it to be reusable in order to be able to explore the seabed," Chilingarov told arctic.ru.

The two explorers and friends announced their decision to reach the bottom of the Mariana Trench in early 2017. Today, Chilingarov said that the descent will be financed by sponsors.

Chilingarov is known for having descended under the Arctic Ocean ice, when his bathyscaphe was unable to break the surface at first due to the quick formation of thick ice. Only two devices have reached the bottom of the Mariana Trench so far.

"The Mariana Trench is ice-free, but very deep, which is a challenge," Chilingarov said.

Artur Chilingarov visited the Almaz-Antey Northwest Regional Center as part of the 8th International Forum Arctic: Today and the Future that is taking place in St. Petersburg on December 5-7. More than 2,000 people from 40 Russian regions and 20 countries have registered for the event. Arctic.ru and Rossiya Segodnya International Information Agency are the forum's media sponsors.