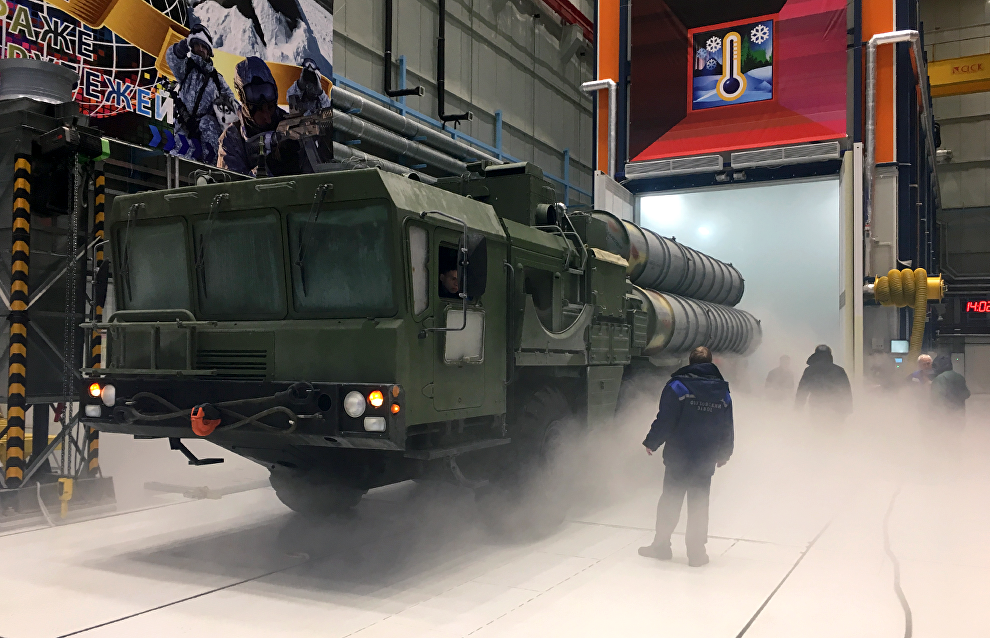 Polar explorer and Special Presidential Representative for International Cooperation in the Arctic and Antarctica Artur Chilingarov visited a test facility at the Almaz-Antey Northwest Regional Center.

One of the company's workshops is home to two climate chambers. One of them can be used to simulate temperatures as low as minus 70 degrees Celsius, while the other can be heated to 100 degrees Celsius. In addition, they can imitate humid and dry conditions. The facility was entirely designed and built by Russian engineers using Russian equipment, and can accommodate equipment up to 23 meters long and 12 meters high.

During the visit, Artur Chilingarov and other visitors saw an S-400 air missile defense system drive out of the cold chamber and start deployment. Chilingarov said that he recalled a visit to Vostok station in the Antarctica where temperatures could be as low as minus 89 degrees. "I could not take a deep breath, and when temperatures were at about minus 68-70, I could breathe through a scarf," Chilingarov said.

"The frame was designed so as to enable us to test anything from small parts to end products. This is the only facility of its kind in Russia," one of the engineers said.

Almaz-Antey also noted that the equipment can be used to test third-party products, as well as in-house designs.

Artur Chilingarov visited the Almaz-Antey Northwest Regional Center as part of the 8th International Forum The Arctic: Today and the Future that is taking place in St. Petersburg on December 5-7. More than 2,000 people from 40 Russian regions and 20 countries have registered for the event. Arctic.ru and Rossiya Segodnya are the forum's media sponsors.