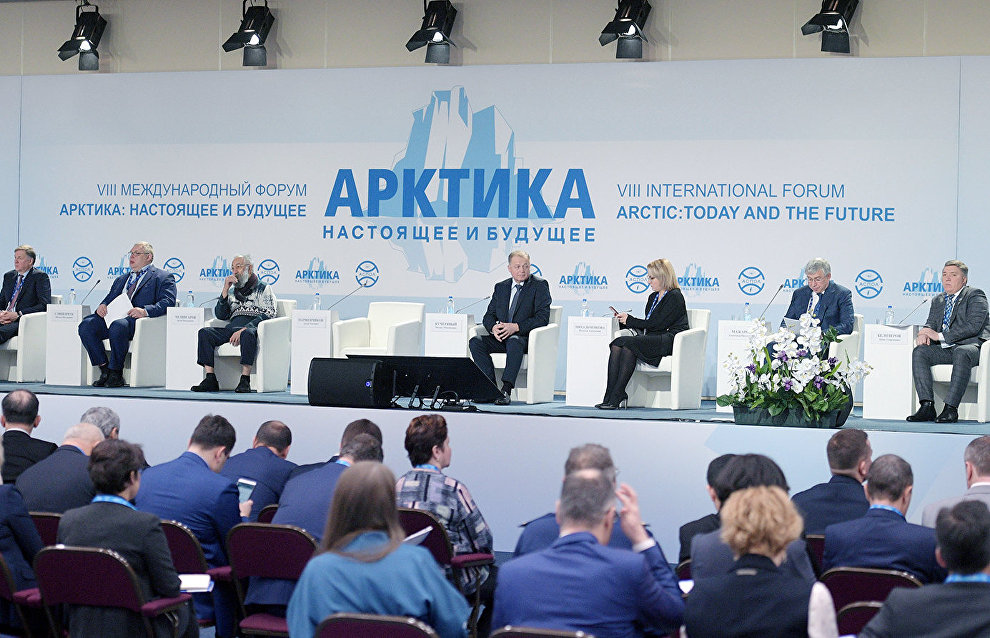 The St. Petersburg authorities have proposed creating a strategic state program for the development of the Arctic and Antarctica, tentatively called Two Parts of the World, Two Poles, One Strategy, Deputy Governor of St Petersburg Mikhail Kucheryavy said at the 8th International Forum The Arctic: Today and the Future.

"The program should stipulate a comprehensive approach to the implementation of the national policy in the Arctic and Antarctica under a single plan and single management of a federal executive body," the deputy governor said.

Mikhail Kucheryavy noted that the program's strategic goal should be to promote Russia's interests in Antarctica and "create conditions for the rapprochement of Eurasian countries in the socioeconomic, international, research, information and other areas of the global community's activity based on respect for Russia's sovereignty, territorial integrity and national security in the Arctic."

The official said the implementation of this program would contribute to global stability.

The authors of the program also say it would create an environment for the industrial, socioeconomic and ideological development of Russia's Arctic regions and ensure national security in the world's two polar regions, a reliable operation of the Northern Sea Route, the development of transport infrastructure and the attainment of many other goals.

The 8th International Forum The Arctic: Today and the Future was held in St. Petersburg on December 5-7 and was attended by over 2,000 delegates from 40 Russian regions and 20 foreign countries. Arctic.ru and Rossiya Segodnya were the forum's information partners.