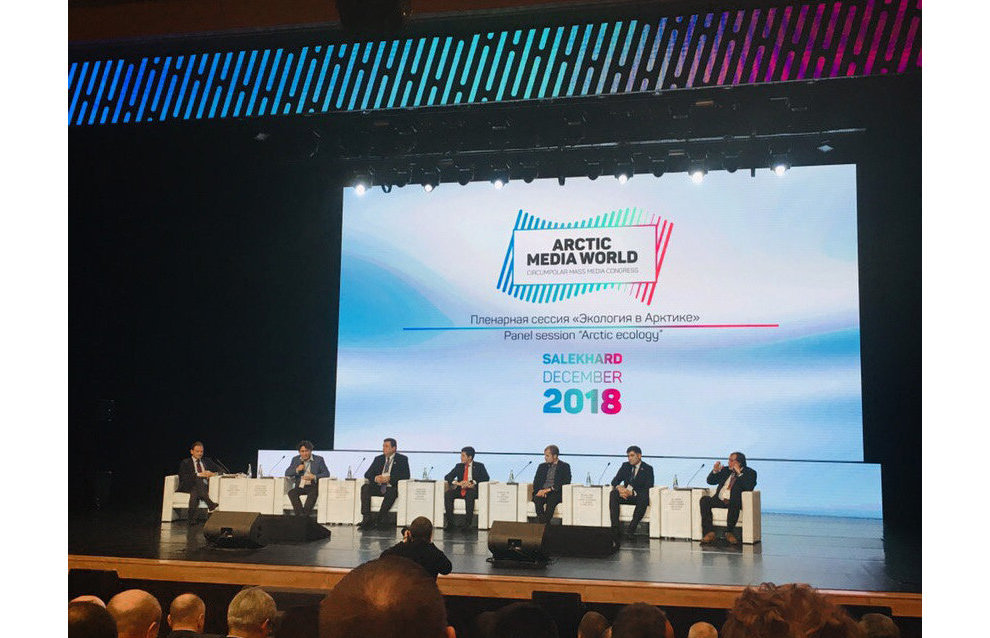 The Arctic Media World congress of circumpolar media outlets opened in an impressive setting in Salekhard, bringing together journalists from 23 countries and all Russian Arctic regions.

In his welcoming speech, Governor of the Yamal-Nenets Autonomous Area Dmitry Artyukhov urged journalists to become directly involved in preserving the fragile Arctic region. He also noted that the congress had opened on the 88th anniversary of establishing the Yamal-Nenets Autonomous Area, a northern outpost and the heart of the Russian power industry.

In turn, Chairman of the Russian Union of Journalists Vladimir Solovyov announced the creation of the Arctic Club which will bring together journalists from all the Russian regions, and also urged all journalists to write more often about the Arctic, especially "positive stories."