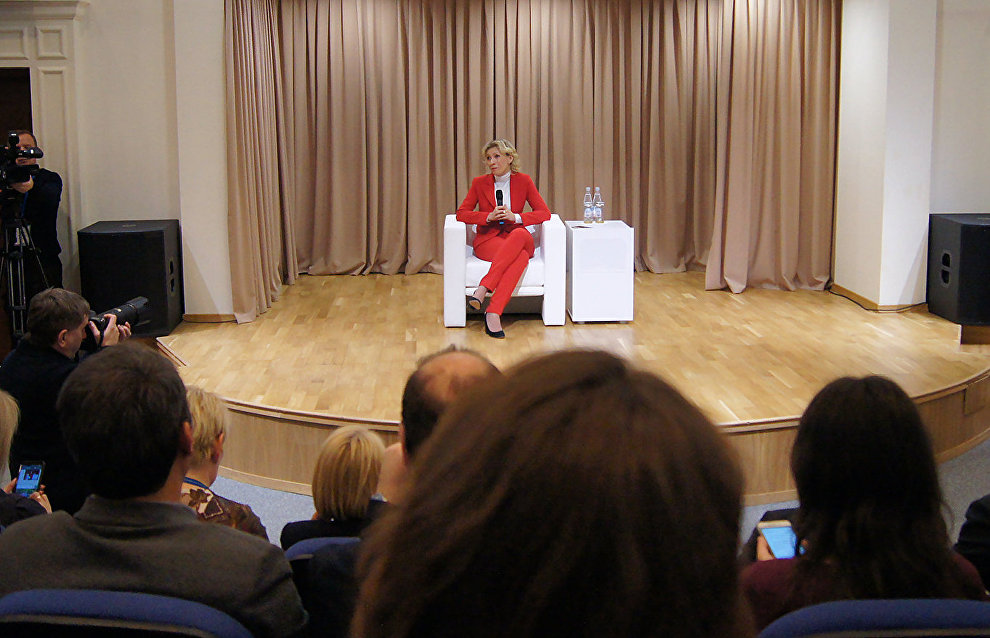 One of them concerned the possibility of the militarization of the Northern Sea Route. Zakharova said Russia believes that the Arctic has always been a region of peace and mutual understanding, a geopolitical reserve where the possibility of militarization must not be even considered. She also noted that NATO is Russia's direct neighbor in the Arctic and is widely represented there.

Maria Zakharova pointed out that Russia must protect its Arctic border and that the country is revamping its defense capability within the historical context. She added that the Arctic is no place for aggressive experiments. Russia's neighbors are building up their military capabilities, but every country has a right to pursue independent foreign and domestic policies. What matters is the real goals they pursue.

Speaking on the subject of the environment, the foreign ministry spokesperson said that some companies try to settle their problems to the detriment of the environment or the traditional way of life of small northern ethnic groups.

In response to a question about the Ministry's influence on megaprojects such as Yamal LNG, Zakharova said that all such contracts are complemented with interstate agreements signed between various ministries because such contracts usually involve a great deal of contacts and hence visa and other kinds of support. The Foreign Ministry takes part in such projects, in particular, to facilitate the legalization or certification of documents.

One of the journalists asked if we are heading towards a war. Zakharova replied that she receives this question almost daily at meetings and interviews and from her neighbors, friends and acquaintances.

"If I had a magic wand or a crystal globe, I would look into the future. Everyone in Moscow, including the president and the prime minister, know history. They are aware of our country's responsibility and are doing their utmost to prevent this [a war]. We rely on the precepts of peace," the Foreign Ministry spokesperson noted.