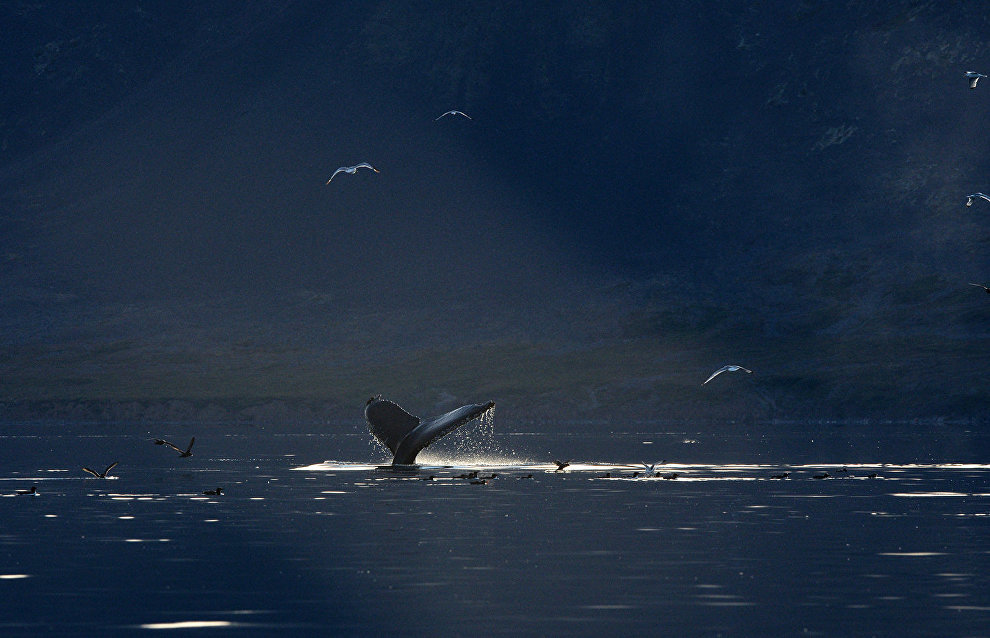 The biologists who are studying whales off Chukotka have reported seeing a rare North Pacific right whale (Eubalaena japonica), a distant relative of the Greenland right whale, in Senyavin Strait, reads a statement on the Beringia National Park website.

Researchers from the Biology Department at Moscow State University and the Kamchatka Department of the Pacific Geographical Institute of the Russian Academy of Sciences' Far Eastern Branch are working in Senyavin Strait for a second year under a joint program with Beringia National Park to study whales in the Chukotka area. The researchers discovered a large pod of humpback whales, which is a species of the baleen whale.

"There are barely a few hundred North Pacific right whales in the ocean, and seeing one is rare luck. We watched this whale for eight days as it moved and fed together with the humpbacks," said marine biologist Ivan Fedutin from the expedition team.

The genetic study of this North Pacific right whale has shown that it comes from the eastern (American-Canadian) rather than the western (Russian) subpopulation.