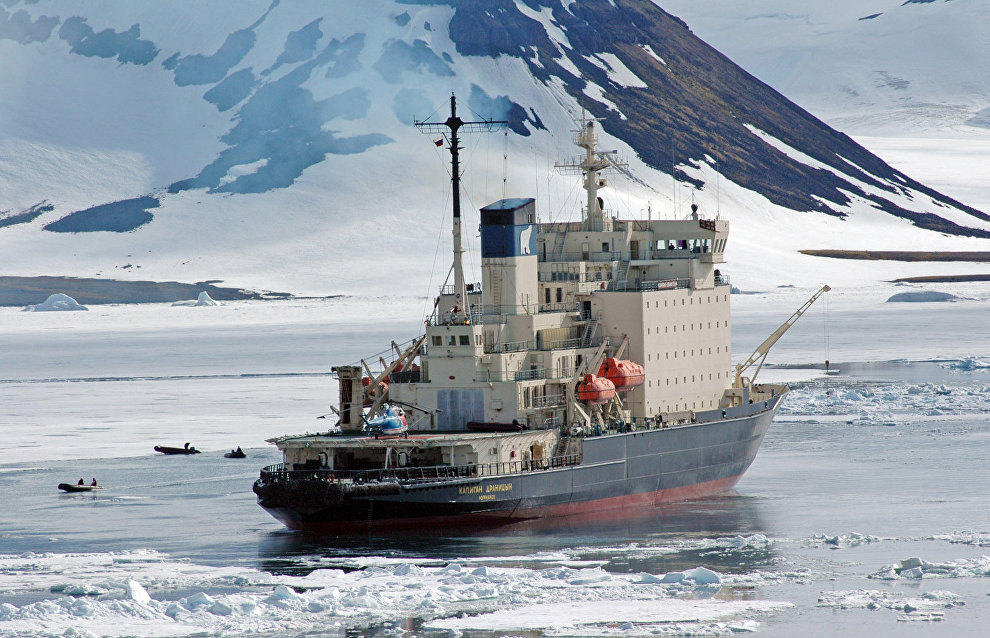 Polar and ocean researcher and Vice-President of the Russian Geographical Society Artur Chilingarov has proposed freezing an icebreaker in the Arctic and preparing a crew for this project.

"We have proposed freezing the icebreaker Kapitan Dranitsyn in the Arctic for a year-long research project," Chilingarov said at a joint meeting of the board of the Federal Agency for Sea and Inland Water Transport and the agency's Public Council.

The researcher added that the idea was incited by the European community plans to freeze an icebreaker in sea ice next December.

"If the financial side can be arranged — I have already discussed this with Prime Minister Medvedev, who expressed interest in our idea — we would like to play an active role in the study of the Arctic Ocean as part of the project. I hope a decision will be taken. Let's start preparing the crew," the polar researcher said.

A metal cutting ceremony for another project, the North Pole self-propelled drifting ice-resistant platform for the study of the Arctic Ocean, took place in December. A contract to design and build the North Pole platform for the Federal Service for Hydrometeorology and Environmental Monitoring (Roshydromet) was signed in April 2018.

The platform is being built at the Admiralty Shipyard of the United Shipbuilding Corporation.

The all-season research platform's crew will conduct geological, sonar, geophysical and oceanographic observations using built-in equipment. The platform will plow through ice formations without the need of any icebreaker escorts and receive large Mi-8AMT multirole helicopters on its own helipad.