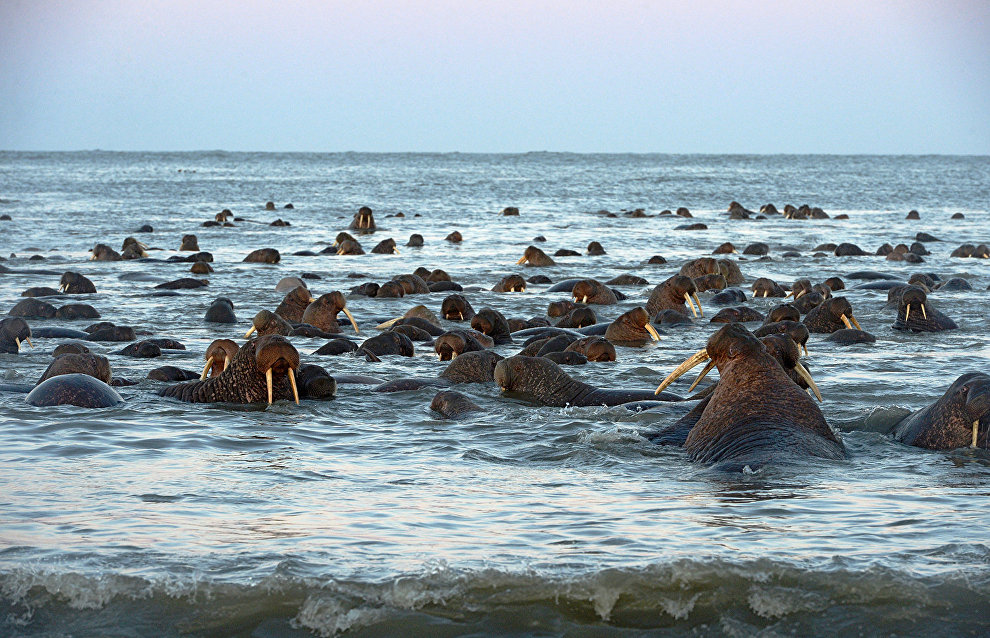 Leading experts and scientists are developing regulations for visiting Atlantic walrus rookeries in the Pechora Sea since the intensive maritime navigation and the growing tourist traffic in the Arctic can be harmful to the threatened mammals, according to Oleg Sutkaitis, Director of the WWF Russia's Barents Sea branch.

"The number of tourists visiting the Arctic islands is growing by the year. Disturbed walruses withdraw to the water and resulting scrum may cause injuries and even death of both the young and adult animals," RIA Novosti quoted Sutkaitis as saying.

He noted that right now major experts and scientists are working on visitor rules for the Atlantic walrus rookeries in order to minimize the damage.

"The regulation will state, in particular, the safe distance for vessels approaching rookeries and how close people are allowed to go. The rules will even cover drone photography. All the interested parties are now discussing the draft regulations and the final version is expected to be approved next year," the director said.

Maritime traffic is yet another threat for the Atlantic walruses populating the Arctic islands, according to environmentalists. This year, WWF Russia and NextGIS monitored what is happening and revealed cases of multiple violation of the Nenetsky Nature Reserve borders by ships in the Pechora Sea.

WWF Russia and the Nenetsky Nature Reserve administration already started raising awareness of the problem with the interested parties. "Resolving this problem requires the good will of both ship owners and captains. Mapping out the nature reserve borders on navigation maps as well as publishing the information in seafarers' navigation bulletins is also necessary," Sutkaitis explained.

As eco-tourism develops in the Arctic, an increasing number of tourist groups visit shoreline rookeries arriving both by ships and planes.