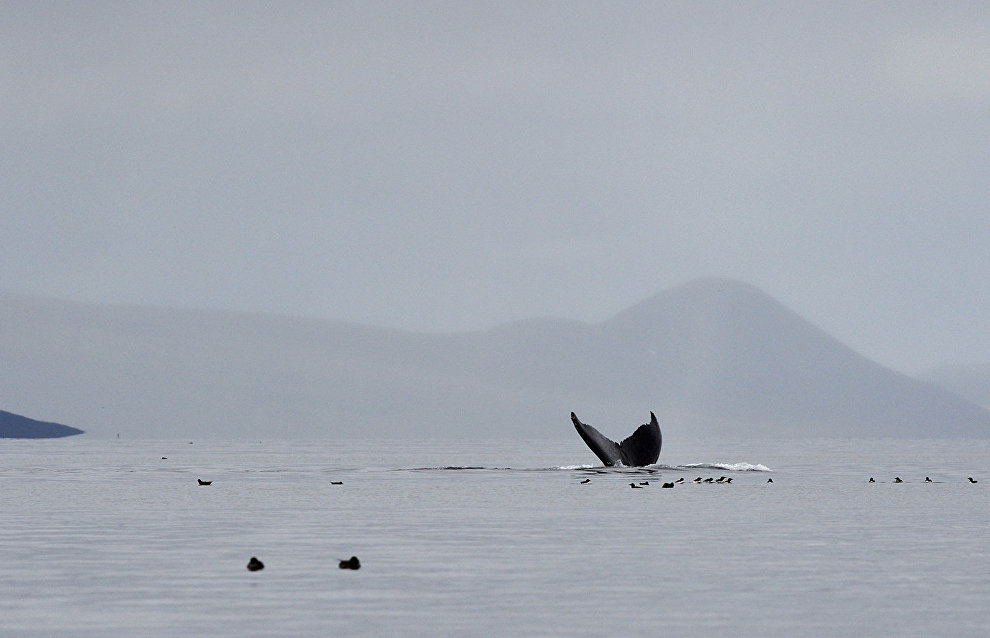 The gray whale population in the Sea of Okhotsk is recovering and has now reached 250 animals, Maria Vorontsova, head of the Russian office of the International Fund for Animal Welfare (IFAW) told RIA Novosti.

"The gray whale population is recovering, and it is very important. Photo monitoring shows that four to five calves are born annually. Whales give birth once in three years, and there are only 32 females of reproductive age in the population," Vorontsova said.

According to Vorontsova, the western population used to be huge and fed in the Arctic. It has been almost eliminated by whaling over the past 400 years.

"Most probably the population will continue to grow because the ice keeps receding north and soon whales will be able to feed in the Chukchi Sea as well," she added.

According to Vorontsova, the western population of gray whales comprises 250 animals. It is very small and probably the most studied population as compared to others.

"It is no accident, because in the mid-1990s oil production began in northern Sakhalin, and at the same time it was discovered that the Sakhalin whale population was not extinct," Vorontsova said.

The gray whale is listed in the Russian Red Data Book. They inhabit the northern Pacific Ocean, making seasonal migrations. These animals are record holders in terms of the distance they swim: a whale covers some 16,000 kilometers per year at a speed of 7-10 km/h.