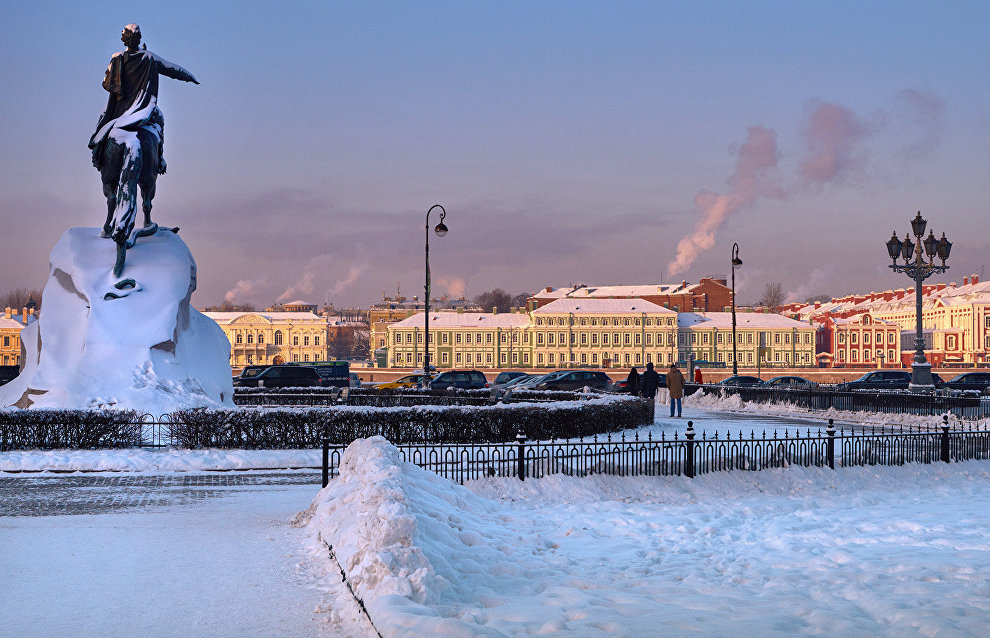 The Arctic: Territory of Dialogue International Arctic Forum due to be held in April 2019, has been moved from Arkhangelsk to St. Petersburg. This was done because a greater number of people are expected to come, the press service of the Ministry for the Development of the Russian Far East said.

This decision was made at a meeting of the forum's organizing committee, chaired by Deputy Prime Minister and Presidential Plenipotentiary Envoy to the Far Eastern Federal District Yury Trutnev.

"At the meeting, it was decided to transfer the events of the Forum due to be held from April 9 to April 10, 2019, from Arkhangelsk to the EXPOFORUM Convention and Exhibition Center in St. Petersburg. The reason for this is that the number of forum guests and participants will be increased compared to 2017. Arkhangelsk accommodation facilities will not be able to cope with the increased load," the message says.

The press service of the Ministry for the Development of the Russian Far East also noted that EXPOFORUM has a hall for a plenary meeting which can seat up to 3,000 people and  enough space for a number of protocol events with international delegations.

To date, 12 countries have already confirmed their participation in the forum.

"The International Arctic Forum is developing, and this is an important indicator of the implementation of the development strategy of the Russian Arctic. This year, the number of applications for participation significantly exceeded our expectations, and we are obliged to ensure decent working conditions for all forum participants. That is why it is necessary to transfer the event to St. Petersburg," Trutnev pointed out.

At the same time, he added that all the planned for the forum improvements in Arkhangelsk will be continued.

"We do not live from forum to forum. We have a job to develop the Arctic zone and the Arctic territory. Arkhangelsk is one of the largest arctic territories. All planned work must go ahead and we will control this," said Trutnev.

Following the meeting of the organizing committee, Governor of the Arkhangelsk Region Igor Orlov added that an Icebreaking Expedition will be held for forum participants in Arkhangelsk as part of the forum. It was also decided to hold a conference on natural resources and the environment in the Arctic in Arkhangelsk in even-numbered years.